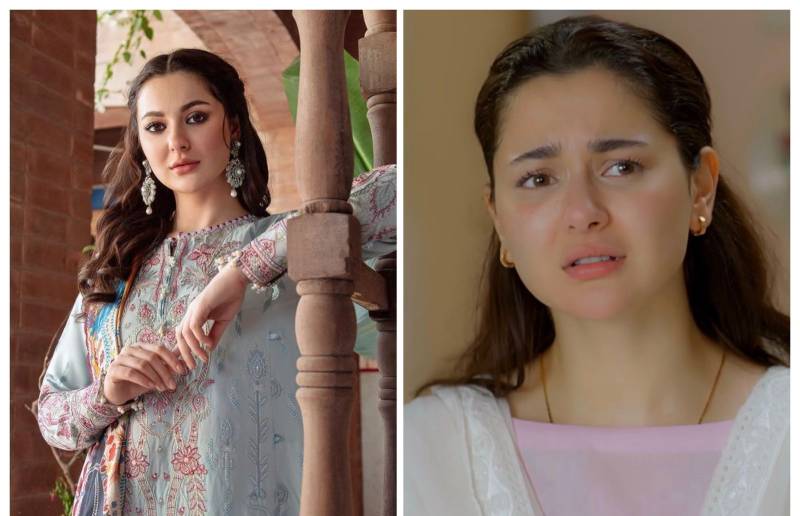 Causing a storm within the Pakistani drama industry, the blockbuster drama serial Mere Humsafar has set a benchmark of its own.

As the drama features Hania Aamir and Farhan Saeed, the audience has been absolutely enamoured with Farhan's character Hamza who plays a perfect gentleman. This time around, the cards have flipped and the spectacular performance of Hania Aamir playing Hala has clean-swept the drama buffs.

Many netizens have been singing praises for the Dilruba actor’s performance and have demanded Aamir to “take a bow”. In this week's episode, Hala stood up to all the family members who did her wrong.

Comments of admiration and praise poured in for the Parwaaz Hai Junoon actor. Here are some of the best fan reactions.

they broke my girl.... i was staring at her just like hamza

This scene was impactful and nicely delivered. She finally made her dad know about the trauma he gave her all her life. Her performance, the dialogues, the emotions, everything was so on point. @realhaniahehe the actor you areee!!????♥️#HaniaAamir #Merehumsafar pic.twitter.com/SWgPNl6T3K

Hania Aamir is a gem, nobody could have made Hala work. She has made the audience root for a character who could have easily gone down the long list of sorry FL characters, that nobody cares about. She made Hala reasonate with all. #MereHumsafar #HaniaAamir

Hala you go my girl, TELL HIM! Throw his words right back at him ????????#MereHumsafar #HaniaAamir pic.twitter.com/r7KL5F7mCl

On the work front, Hania Aamir and Ali Rehman Khan starred in the upcoming film Parde Mein Rehne Do. Written by Mohsin Ali, the movie is co-produced by Wajahat Rauf, Zayed Sheikh and Shazia Wajahat.

Lollywood diva Hania Aamir rose to the pinnacle of fame with her blockbuster performances and drop-dead gorgeous looks. ...