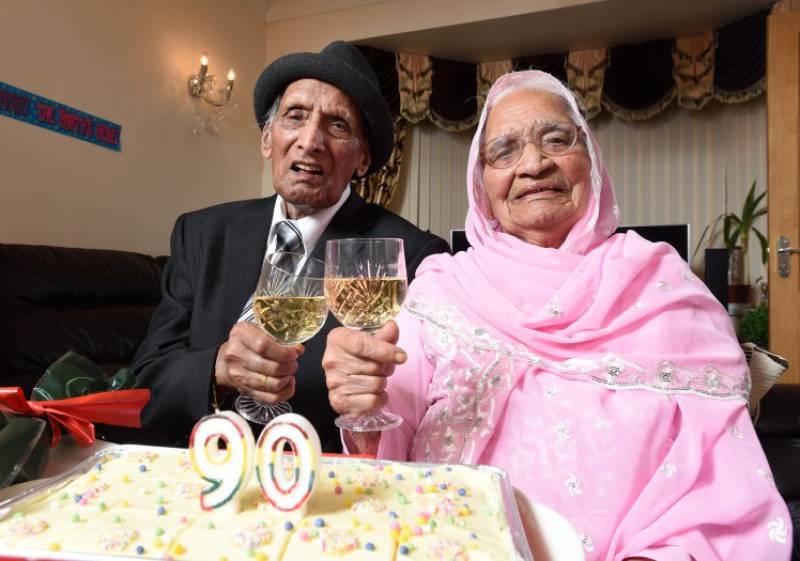 LONDON (Web Desk) - A couple from Indian Punjab-origin, believed to be the world's oldest married couple, have celebrated their 90th wedding anniversary in the United Kingdom.

110-year-old Karam and 103-year-old Kartari Chand tied the knot in a traditional Punjabi ceremony in India on December 11, 1925, during the British rule and moved to England 40 years later.

"It is a blessing to have been married and to have lived this long. Life and marriage is all about happiness, it is what is most important," said Karam.

The couple from Bradford in West Yorkshire region of England have eight children, 27 grandchildren and 23 great-grandchildren and live with their youngest son Paul, his wife and two of their four children.

Paul believes the secret to a happy marriage like his parents' is not to argue.

Karam and Kartari moved to Bradford in 1965 and last month enjoyed a joint birthday celebration with family and friends from around the world.