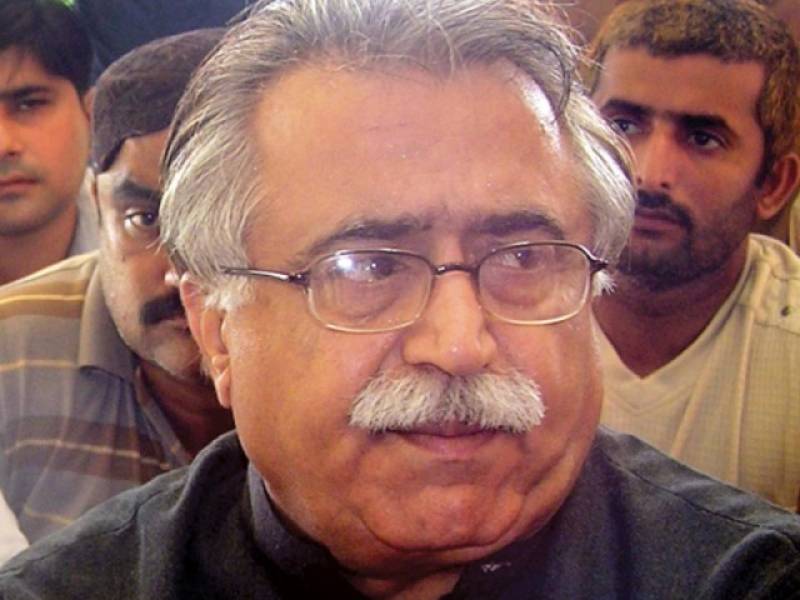 HYDERABAD (Web Desk) - Sindh Information Minister Maula Bakhsh Chandio has asked Interior Minister Ch Nisar to be cautious over the issue of extension in the powers of the Rangers.

Accusing Nisar of only keeping interests of his party in mind Cahndio said that all parties of Sindh support according powers to Rangers. This is a sensitive matter and it is our responsibility to make all matters better, he added.

“Why do the personnel carrying out activities in Sindh not conduct the operation in Punjab?” he questioned.

The senior PPP leader expressed hope that the issue of extending Rangers’ powers in Sindh will be resolved by Monday after consultations between the paramilitary force and the provincial government.

Asking not to create unrest over the issue because the matter is constitutional Chandio said that it would be decided in the Assembly. The Sindh government is in contact with the federal government, and it does not want to create any hurdle to ongoing operation in Karachi where the law and order situation has improved due to the measures taken by Rangers.

He said that the provincial government had some reservations about the activities of the NAB and Rangers. “The federal agencies have done such acts that the Sindh government system has disrupted,” he added.