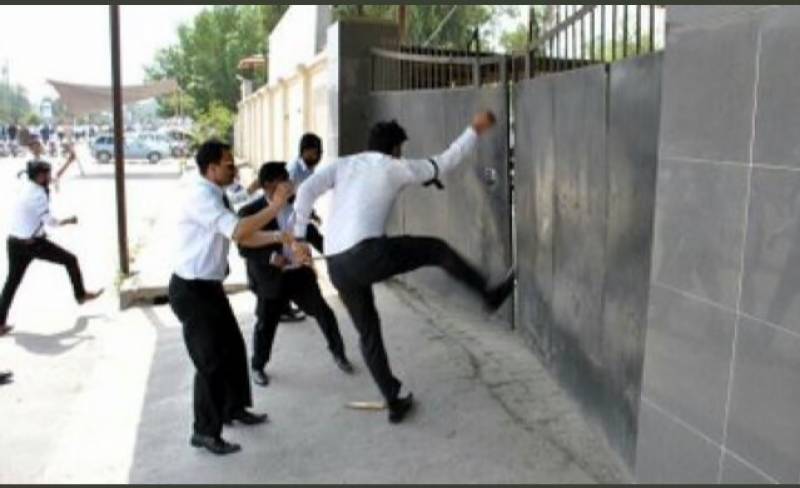 LAHORE - Punjab Police on Thursday registered two cases against over 200 lawyers who were part of a mob that stormed a cardiology hospital in the provincial capital the previous day, thrashing doctors and staff and damaging public property.

A first information report (FIR) was registered against 200-250 unidentified lawyers on the complaint filed by an official of the Punjab Institute of Cardiology, while 15 lawyers have been booked in another case filed on the complaint of police.

The cases were registered under various sections of the Pakistan Penal Code, including 322 (qatl-bis-sabab), 452 (trespassing), 353 (assault to deter public servant from performing duty), 354 (assault on woman to outrage her modesty), 148 (rioting with deadly weapon), 395 (dacoity) as well as Section 7 of the Anti-Terrorism Act (ATA).

A group of around 500 lawyers attacked the medical facility following the manhandling of one of their colleague by the doctors of the same hospital last month.

Four patients died during the violent episode as they were not timely attended by the doctors, who escaped to save them from the the lawyers.

The lawyers were threw out of the emergency ward of the hospital by the police contingent.

The government has set up a high level committee to investigate into the matter, while Rangers troops have been deployed at different locations in Lahore to maintain law and order situation.