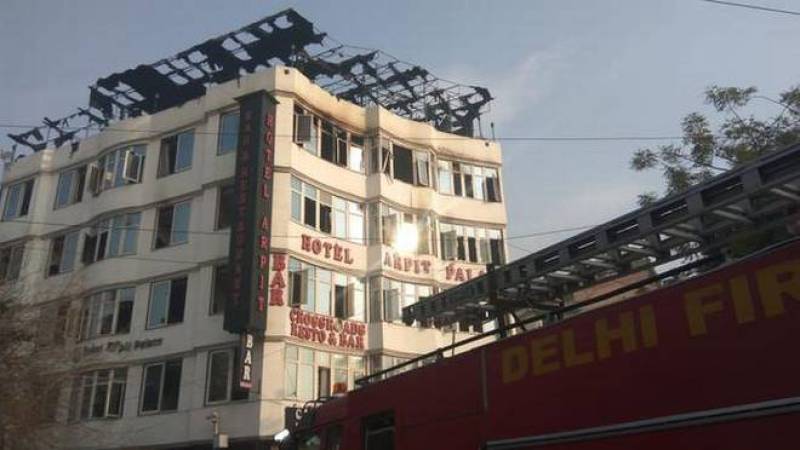 NEW Delhi - At least 17 people, including a woman and a child, were killed in a blaze at Hotel Arpit Palace in a congested part of central New Delhi in India’s capital city this morning, Radio Pakistan reported.

The Deputy Fire Chief said that 35 people had been rescued from the blaze in the five-story hotel, caused by a short circuit.

He said 25 fire engines responded to the blaze, which has been extinguished.

According to police, at least four others were injured in the massive fire, adding that their medical conditions were not immediately known.

The hotel is located in Karol Bagh, an area in India's capital city full of shops and budget hotels that is popular with tourists.