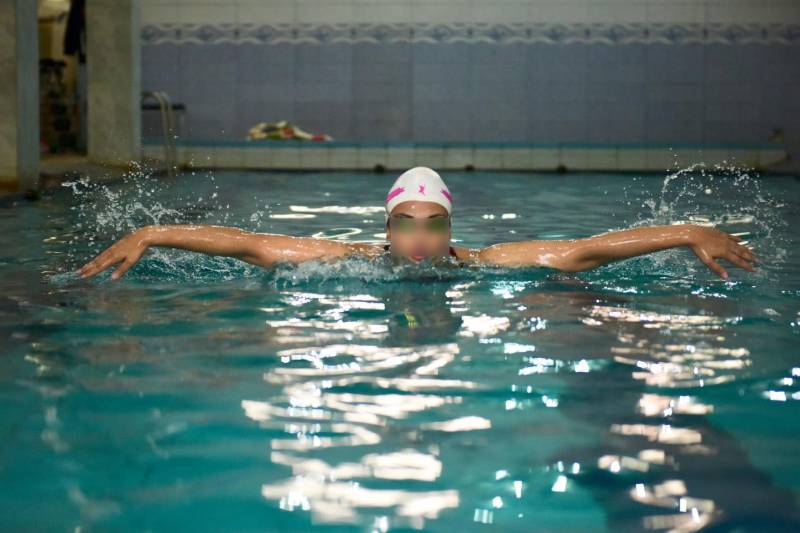 LAHORE – In another case of alleged harassment, a girl came forward with a harrowing story of 'mistreatment' at the 5th Generation Sports Complex.

A social media user, Syeda Mehreen Shah, took to her social media handle to share the story behind the alleged harassment at one of the top-notch swimming facilities in a posh area of Lahore.

In her video message, Shah said she visited the 5th Generation Sports Complex around 2pm, shortly after the ladies' timing.

As she entered the pool, a trainer named Daniyal came and stared at her creepily, making her hassled. The man then continued staring at her legs until she confronted him.

“Do you have any problem,” the alleged victim asked the man, and he left with a reply in negative. He then returned as soon as the girl resumed swimming.

The trainer then asked her to remove her shorts, saying it was against the complex policy. He then started behaving rudely as she refused to take off her shorts.

Sharing her side of the story in a group named Voice of Customers, Shah said she questioned the management about the sports complex's "absurd rules" before taking the fee back, as she had been a member for more than three months.

Pakistan's luxury fashion brand ÉLAN has been thrust into the spotlight after popular food influencer Adeel ...

Later, the management refused to share the contact number of the owner, saying they were not allowed to do so.

Meanwhile, she shared a screenshot of her conversation with another girl who mentioned the owner was no different than the front desk people.