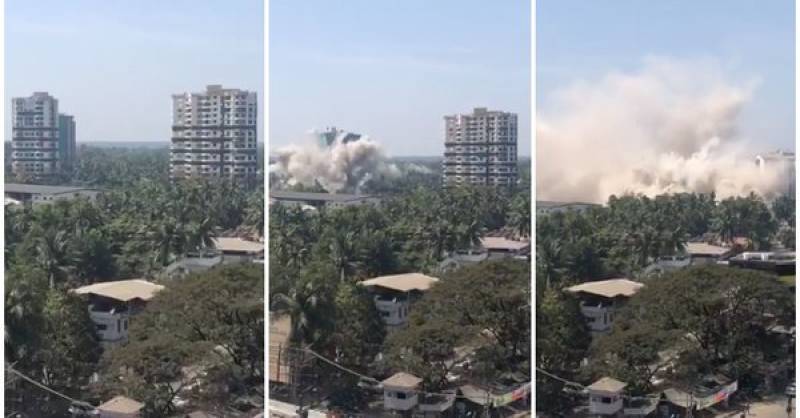 KOCHI – Two luxury waterfront high-rises in southern India were reduced to rubble in controlled explosions Saturday in a rare example of authorities getting tough on builders who break environmental rules.

The 19-floor H2O Holy Faith complex of 90 flats -- overlooking Kerala state's famous lush backwaters -- was the first to go down, collapsing in just a matter of few seconds.

A thick grey cloud of dust and debris cascaded down after officials detonated explosives drilled into the walls of the building, which had been occupied for several years until the Supreme Court ruled last May that it was constructed in violation of coastal regulations.

Minutes later, the twin towers of Alfa Serene tumbled down with an ear-splitting noise. The remaining two complexes will be razed on Sunday.

A crowd of onlookers who flocked to nearby terraces and roads watched the demolition, after officials in helicopters conducted aerial surveys.