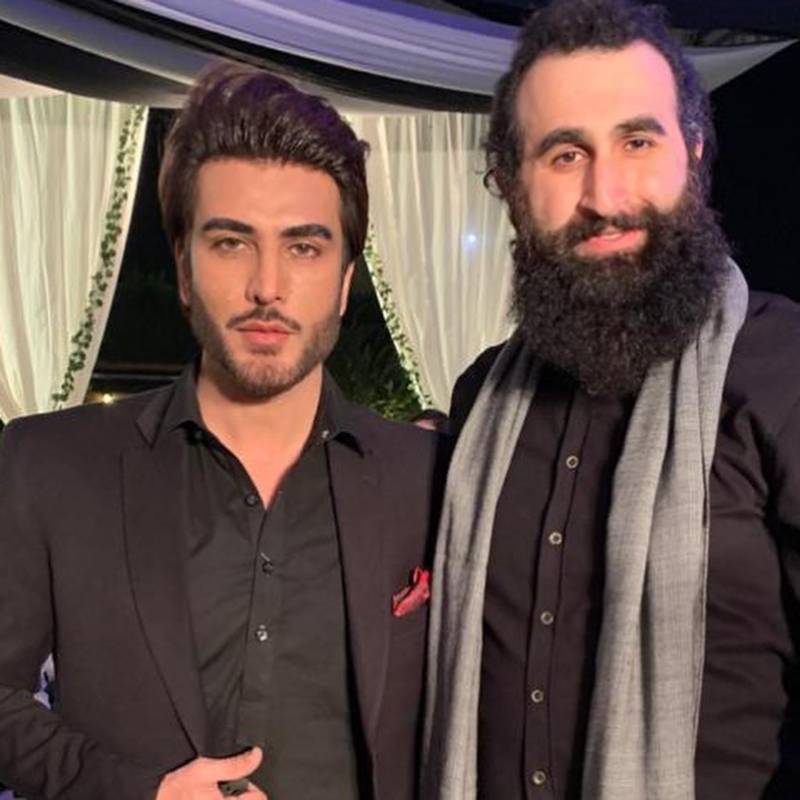 Celal Al arrived in Pakistan as a part of the Turkish delegation, for the meeting with Prime Minister Imran Khan which discussed the proposed television series on the famous 'Kardad Turk Lala' from the subcontinent of the Khilafah Movement in collaboration with Turkey and Pakistan.

Expressing his delight after interacting with them, the Alvida star shared photos with Celal AL, Kemal Tekden, director Mustafa. He captioned the post:

“Felt great to meet and interact with the producer, director and the cast of 'Ertugrul Ghazi'.”

“And @celalall ! You are a wonderful person with such a warm heart bro. Have a safe flight back home and looking forward to see you again soon brother..Long live Pak-Turk friendship.”

Humayun Saeed and Adnan Siddiqui hosted dinner for the producer of Diriliş: Ertuğrul, Mr Kemal Tekden, director Mustafa and the actor Celal Al in Karachi, while The Legend of Maula Jatt producer Ammara Hikmat hosted a party in Islamabad.

Previously, Celal Al visited Karachi on Saturday and was welcomed by Feroze Khan. The duo shared multiple pictures in which they can be seen enjoying each other's company.