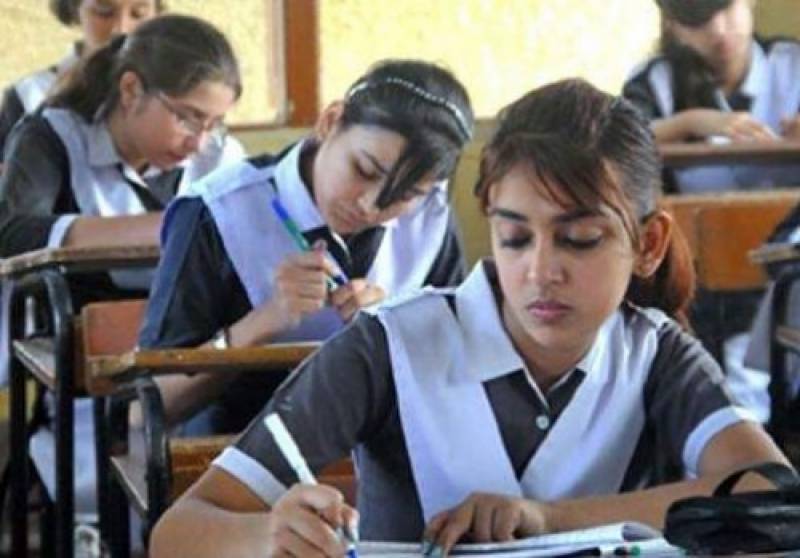 ISLAMABAD - All top three positions were clinched by girls in the Federal Board of Intermediate and Secondary Education's (FBISE) Tuesday announcement in Islamabad of Secondary School Certificate Examination results for 2016.

According to the announcement, Manaal Amir of Army Public School Peshawar topped the Islamabad-wide examinations, securing 1032 marks in the Science Group, whereas Areej Sajjad of Fauji Foundation College for Girls, New Lalazar Rawalpindi, Cant achieved the first position in the Humanities group with 985 marks.

Minister of State for Federal Education and Professional Training Muhammad Baleeg-ur-Rehman was the chief guest at the ceremony held in Islamabad to announce the results.

The junior minister said that the Federal Government was planning to introduce a new education policy in consensus with all the provinces to meet the requirements of the contemporary world. He said that the National Curriculum Council had been set up to prepare curriculum according to the national education standards.

He said that the FBISE was one of the best education boards in the country, adding that the Federal Government had launched a project to improve all the regional education boards, for which it had earmarked an amount of 50 million rupees.