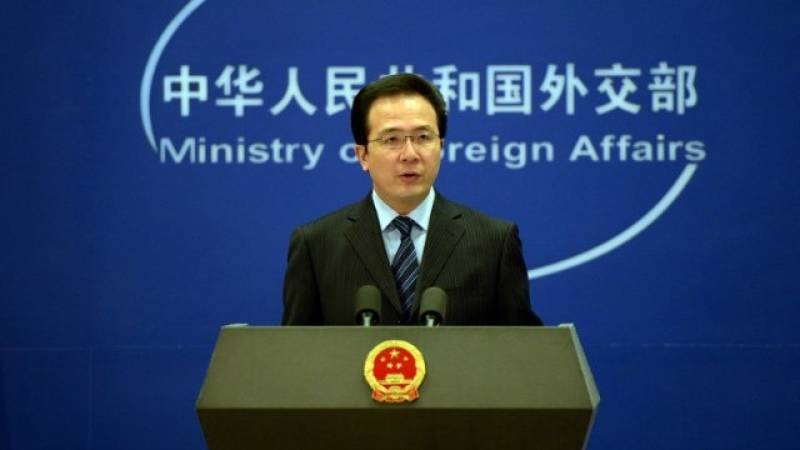 HAGUE (Web Desk) - An international tribunal ruled on Tuesday against China’s claims it had “historical rights” in the South China Sea in a bitter dispute that risks further stoking regional tensions.

More than three years after the Philippines asked the permanent court of arbitration in The Hague to dismiss many of China’s sweeping claims in the resource-rich region.

The court said Beijing's claim of virtual sovereignty over nearly all the South China Sea under a so-called "nine-dash line" runs contrary to UNCLOS, which sets a country's maritime boundaries 22 kilometers from its coast, and control over economic activities up to 370 kilometers from its coast.  The court ruled China had violated Manila's sovereign rights by interfering with Philippine fishing and oil exploration activities in the area.

It said Beijing had no historic rights to resources in South China Sea waters and that such rights were “extinguished” as being incompatible with exclusive economic zones provided for in the United Nations Convention on the Law of the Sea (UNClos), to which both countries are signatories.

“China had violated the Philippines’ sovereign rights in the exclusive economic zone by interfering with Philippine fishing and petroleum exploration, by constructing artificial islands and failing to prevent Chinese fishermen from fishing in the zone,” the PCA added.

Chinese President Xi Jinping rejected the ruling and said "China's territorial sovereignty and martime interests in the South China Sea" will not be affected.

China had boycotted the proceedings at the court, saying the body has no jurisdiction over the dispute, and insists it will not accept, recognize or implement any ruling on the South China Sea, despite being a signatory to UNCLOS along with the Philippines.  In a statement issued just hours before The Hague panel announced its decision, a spokesman for China's foreign ministry said it would not accept "any so-called material" from the court.

China has refused to recognise the five-judge court’s authority and on Tuesday morning the country’s Communist party-controlled press lashed out at what it claimed was a United States-sponsored conspiracy to stifle its rise.

“China in the past was weak … but now it has multiple means at its disposal,” warned the Global Times, a nationalist Communist party tabloid, in an editorial, adding: “Provocateurs are doomed to fail.”

The China Daily, Beijing’s English-language mouthpiece, dismissed the court case as a “farce directed by Washington”.