But, there's something more shocking the 45-year-old journalist has alleged Imran Khan of in her tell-all biography: sexual relations with party women leaders.

According to Reham, a former PTI’s woman president of Punjab had sent a text message to Imran Khan which read, “Oh come on, I will ride you so hard over and over again.”

Reham says when she asked Imran about the message from And, the PTI chief, according to Reham, had replied: “He [Imran] told me that ******* was an alcoholic. Baby, please don’t make an issue and come back to bed”. 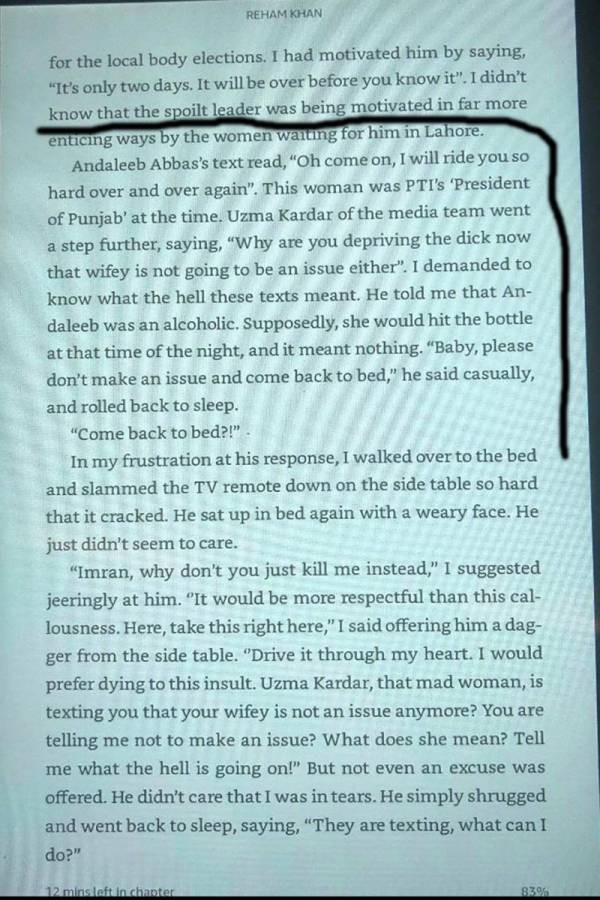 The 45-year-old then continues to accuse another PTI woman leader of sexting with Imran. In her book, Reham mentions the content of a text message sent to Imran Khan: “Why are you depriving the dick now that wifey [Reham] is not going to be an issue either”. 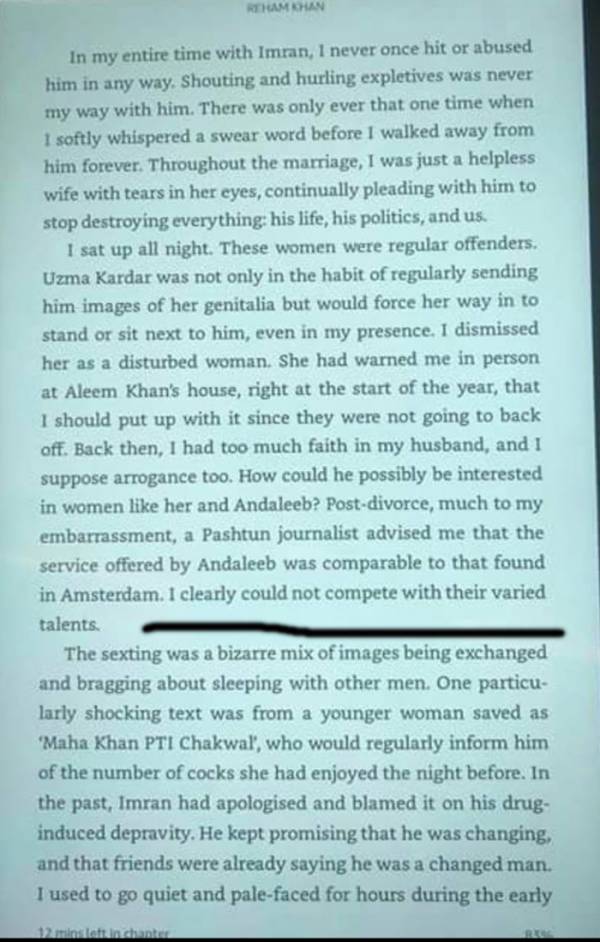 Furthermore, the former BBC journalist claimed the PTI leader had sent her former husband images of her private parts.

She "was not in the habit of regularly sending him images of her genitalia but would force her way in to stand or sit next to him, even in my presence", reads an excerpt from Reham's book.

Highlighting her concerns she shared with Imran over his alleged explicit chat with political workers, Reham Khan accused a third woman from Chakwal of having a similar sexual conversation with her former husband.

"One particularly shocking text was from a younger woman... who would regularly inform him of the number of cocks she had enjoyed the night before,” Reham writes in her book. She also quotes Imran Khan as saying that “They are texting, what can I do?"

The scandal-filled book, which is available on Amazon, an electronic commerce company, hit the shelves Thursday with more shocking stories than anticipated, especially in the chapters dedicated to her ten-month long marriage with Imran Khan, who has the strong chances of becoming prime minister after July 25 elections.