At least 26 killed as monsoon rains wreak havoc in Sindh 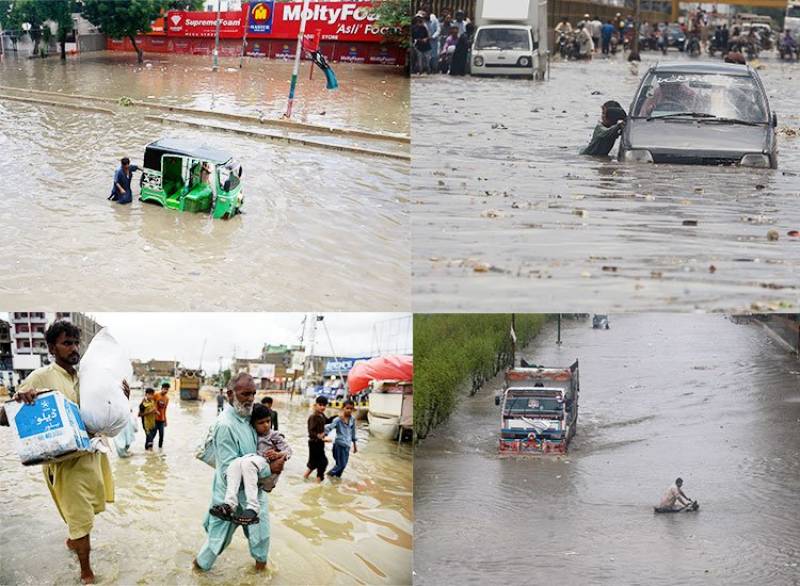 The Sindh government has imposed a rain emergency in the provincial capital yesterday after several areas were flooded with rainwater, leaving residents stranded for hours.

Port city Karachi will likely receive more torrential rains from Thursday under the new weather system, the Pakistan Meteorological Department said in a recent alert. The torrential rains will continue till July 18.

Satellite image as of 2 pm on Tuesday shows a major storm system just south of the Sindh coast and not far from Karachi - heavy rain can be expected if it moves north - if it moves westward and south then Sindh may be spared pic.twitter.com/NA0IdnUWQZ

Amid the intermittent rains, the death toll in Sindh capital increased to 14, with 4 people passing away in electrocution incidents. Two people were reportedly drowned in the Malir river and Gadap river and one labor died in Korangi.

Social media users also lashed the provincial administration after inundated areas. The videos also showed that Karachiites and their vehicles were stuck on the roads.

This is not river but a road in Karachi
pic.twitter.com/Kzu9YUlHMN

Meanwhile, the electricity supply was suspended for several hours in part of the country’s largest metropolis, making it difficult for already distressed residents.

KARACHI – Heavy rainfall submerged several areas of the port city on the second day of Eidul Azha (Monday). The ...