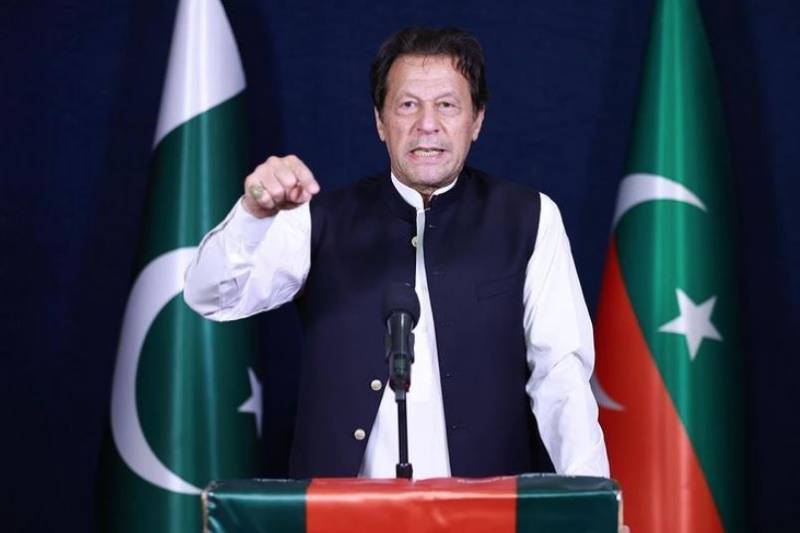 LAHORE – PTI Chairman Imran Khan on Tuesday warned his party workers of being wary of rigging in the upcoming by-polls in Punjab as he mentioned mysterious characters.

Addressing a huge public rally in Darya Khan Tehsil of Bhakkar, the ousted Pakistani premier said, ‘Mr. X has deployed Mr. Y’ in Multan for rigging in the upcoming by-polls, but he mentioned that the masses would disrupt such efforts.

Lashing at the rebel party members, Khan said defectors' heads only tilt where there is money and power as they lack direction. When a person doesn’t have faith, he becomes a turncoat, Imran said.

The PTI chief mentioned that the by-polls are not an election, but a struggle that has translated into a ‘jihad’ as he asked the residents, especially women for the door-to-door campaign.

He continued saying that the ‘crooks’ were imposed on Pakistan after a US-backed conspiracy and local abettors.