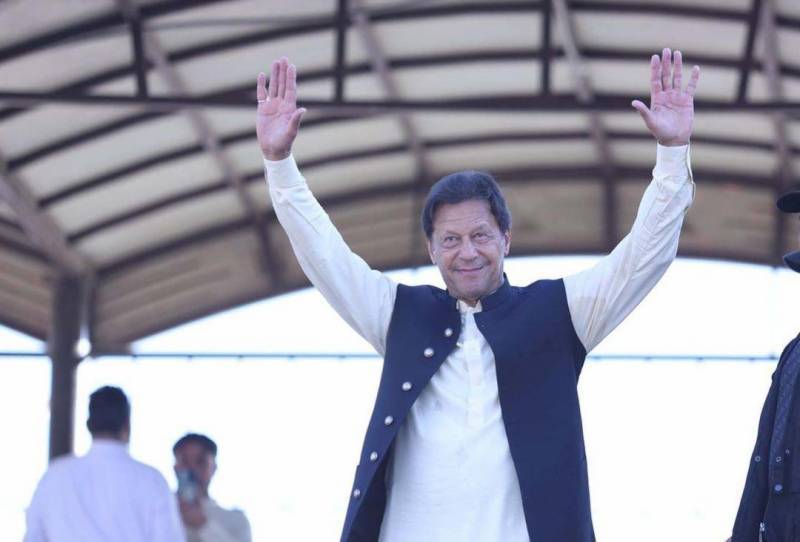 LAHORE – Pakistan Tehreek-e-Insaf (PTI) Chairman Imran Khan on Thursday alleged that the Election Commission of Pakistan (ECP) was in cahoots with the PML-N to rig the upcoming elections in the country’s most populated region.

Khan said turncoats will fail in the upcoming byelections as the passion of the people was undefeated. He called byelections a ‘war between two ideologies’, saying people have stood against the ‘imported regime’.

Lashing the coalition government members, Imran reiterated the new government came into power just to get relief in the cases being faced by their leadership and to save their ‘looted wealth’.

PTI chairman again mentioned that he eyed friendly ties with all countries including the US and India, but said no questions on embracing slavery or compromising on the blood of Kashmiris.

Pakistan Tehreek-e-Insaf (PTI) Chairman attended the mass gathering in Sheikhupura amid election rallies in constituencies of the provincial capital where by-elections are scheduled on July 17.

The former premier will also visit Lahore today where he will address election rallies in the PP-158 constituency for his party’s candidate.