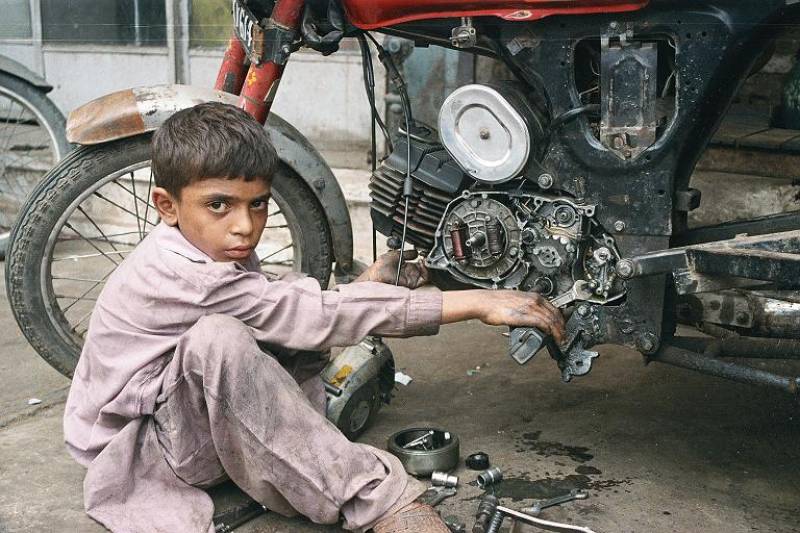 LAHORE (Staff Report) –  To create awareness on the plight of child laborers among the masses, the World Day Against Child Labor will be observed worldwide on Sunday.

The theme for this year's observance is "End child labor in supply chains - It's everyone's business."

According to the United Nations, child labor is decreasing globally but child trafficking and child slavery have remained actually stagnant as 5.5 million children are still work as forced labor.

"There are still 168 million child laborers, more than half in dangerous forms of work, including as child soldiers and child prostitutes," a report linked to child laborer said.

The World Day Against Child Labour provides an opportunity to gain further support of individual governments and local authorities, as well as that of the civil society and others, in the campaign to tackle child labour around the world.