ISLAMABAD - The minimum amount of Sadqa –e-Fitr has been fixed at Rs100 per head this year, which is compulsory for every Muslim to pay before Eid-ul-Fitr.

"According to the market price of 2.25 kilograms of flour, the amount for Fitrana is calculated as Rs100 per head," said Chairman Central Ruet-e-Hilal Committee Mufti Muneebur Rehman.

The faithful who want to pay Fitrana equal to the price of barley, dates, and raisins should pay Rs240, Rs1,600 and Rs1,920 per head respectively.

This was the minimum amount of Fitrana and the wealthier should pay more to extend maximum assistance to the poor in such an era of skyrocketing prices. 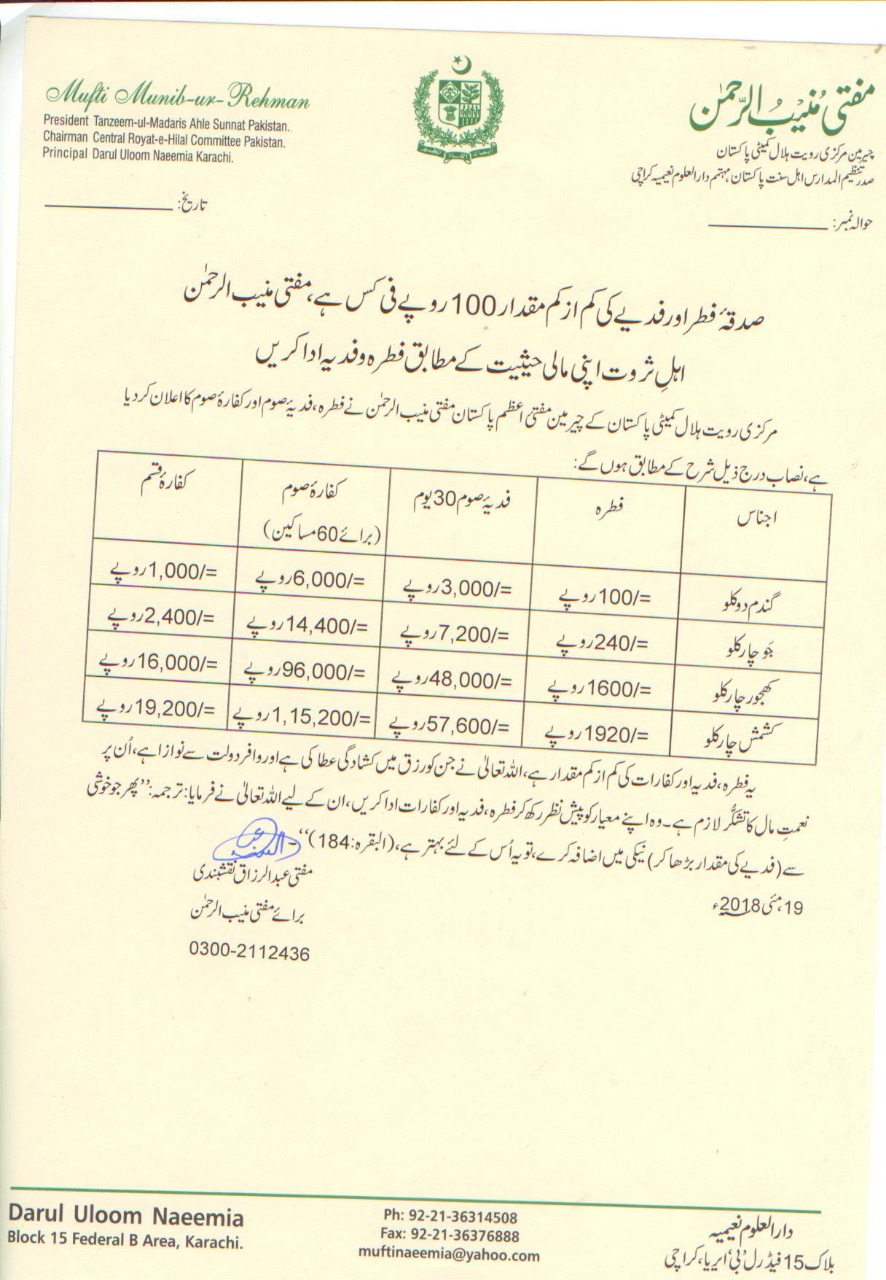 If anyone had been unable to keep fast for the whole month of Ramadan, he or she should pay Fidya as compensation worth Rs3,000 in proportionate to flour price, Rs7,200 for barley, Rs48,000 for date and Rs57,600 for a raisin.

A Muslim, who possesses food in excess of his needs, must pay Sadqa-e-Fitr before the Eid prayers. If the person is a breadwinner, he should also pay Sadqa-e-Fitr for his dependants, such as wife, children, dependent relatives or servants.

Mufti Muneeb also advised the people to pay the amount to the poor before Eid-ul-Fitr so that they could also celebrate the festival. The most deserving people for Sadqa-e-Fitr are close relatives followed by neighbours and the poor.

Mufti Munibur Rehman said the real spirit of Fitr and Fidya was the two-time meal of a destitute person, so it was better these were paid the meal cost of a hotel.