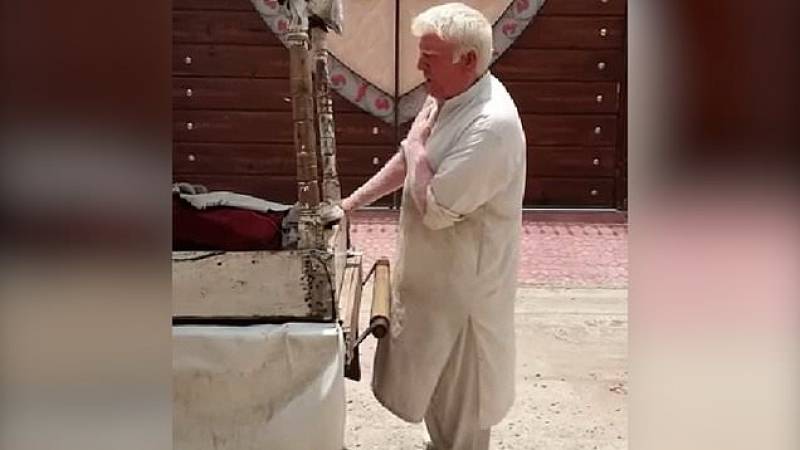 An albino man selling ice cream on the streets of Pakistan has become famous overnight for his uncanny resemblance to former US president Donald Trump.

In the video footage of the man widely shared on social media, he can be seen singing and dancing, trying to sell ice cream on the streets of Sahiwal city in Punjab.

The man is believed to be in his 40s and is suffering from albinism, a condition in which people have little or no melanin production. This means they have pale skin, eye conditions and are sensitive to sunlight. He even does Trump-like facial expressions.

Apparently, even people in his neighbourhood call him Trump. There isn’t any word yet on whether the real Donald Trump knows about his recently-discovered doppelganger in Pakistan.

In any case, social media users have described the lookalike as the Pakistani version of Trump.

It isn’t the first time people have spotted a Donald Trump doppelganger.

Earlier, a woman potato farmer from Spain went viral. She was being interviewed by a journalist for a completely unrelated story. People then noticed the shocking similarities between her and the billionaire.