Guru’s Game-plan: Zardari craves presidency, and he is right-on-track 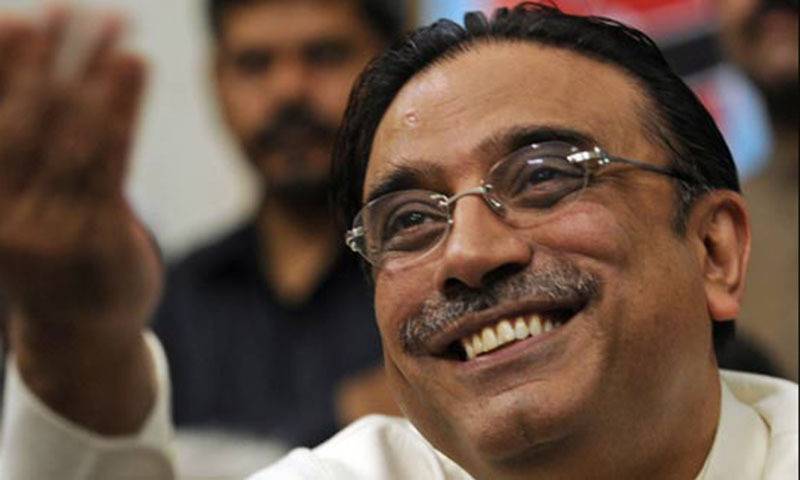 The gradual unfolding of Asif Zardari’s political grand-design gives one clear and powerful message: former president is seeking the top office again and he is moving towards achieving the objective, persistently.

The meddling in Balochistan in January this year and ousting of PML-N’s Zehri, which Zardari and his aides now openly boast of, was not meant to embarrass the ruling party and particularly Sharifs, alone. Then came the senate elections on March 3 where Zardari’s ‘skills’ were openly at display. That too was not aimed entirely at preventing a decisive PML-N majority or securing the slot of the Chairman of the upper house of Pakistani parliament.

Imran Khan and his PTI ‘gifting’ their senators to Zardari though in the name of siding with the Baloch senators and PPP co-chairperson’s open snub of Nawaz Sharif’s offer regarding incumbent Raza Rabbani’s chairmanship would translate into Zardari being even more confident, and perhaps aggressive, in his designs to have another shot at presidency in September this year, when the post becomes available.

How many of us have ever thought that what would the newly elected senators – if their group is handed over the slot of senate’s chairman or its deputy chairman – would ensure in return for Zardari? PPP getting a few provincial assembly seats in Balochistan – say between 5 to 10 – would mean this much number of votes for the election of president from this important segment of the electoral college. The elected senator’s group can do that. A member of provincial assembly from Balochistan carries weight equivalent to 5 MPAs of the Punjab provincial assembly as per constitutional procedures of the election for the office of the president. And that is what Zardari eyes, primarily.

Same would be the case in KPK, where Zardari seemingly wants to take the tally of his party’s MPAs up to 15, with the help of newly elected senators he is now bargaining with. A KPK MPA weights roughly equivalent to 3 MPAs from Punjab in presidential elections.

As to Sindh, PPP is not only likely to retain its position in provincial assembly and also national assembly in rural areas of the province, but Zardari and party expect some good showing in Urban areas too, due to MQM’s infighting and possible splitting of vote among other parties – PTI, PML-N included Some of the factions of MQM, like PSP and Bahadrabad group, are already showing their inclination towards Zardari. It all translates into Zardari having more votes for presidential election from Sindh, in coming general elections.

Punjab, the battle ground of Pakistani politics. Zardari and Co. are quite clear about where they stand in the province. But his ‘masterstrokes’ are giving he party confidence to capture some 5 to 10 additional national assembly seats and around 15 to 20 provincial assembly seats. Alliances, and seat-adjustments are the way to go about. That would mean Zardari having more votes for presidential election from Punjab, as well.

Each senator and member of national assembly has a vote with his/her own seat: a full vote.

Zardari is not publically snubbing, rather humiliating, Nawaz without a reason. One way of looking at it is that he has some “assurances” from powers-that-be for a slice of the cake in coming dispensation. That may not be ruled out. But the political ‘aura’ on the ground also provides Zardari with ‘favorable conditions’ to play his game – the game he is good at playing – without any doubt.

Imran’s ‘surrender’ of PTI’s strength, though indirectly, in senate to Zardari would boost Mr. Zardari’s confidence. He already seems to have a feeling that PPP would have enough strength after 2018 where both PTI and PML-N would be willing to enter into some post-electoral arrangement with his party. And the price would be the occupancy of the president’s house, again.

That would not matter if the premier is from PPP or not. Presidency would actually be the bargain.