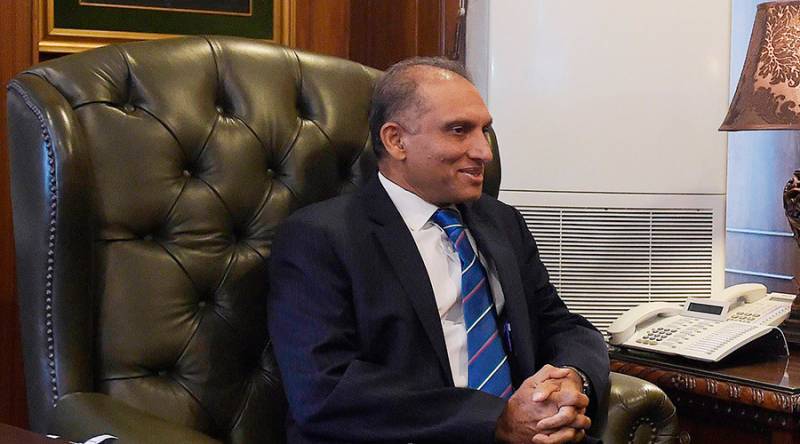 WASHINGTON - Pakistan Ambassador to the United States, Aizaz Ahmad Chaudhry expressed on Friday that the United States had no other option than to accept the travel restrictions enforced on diplomats by Islamabad.

Expressing his views over the recent tension between the two countries, the envoy said that the differences between Pakistan and the US were resolvable.

"We have to stay in contact. Problems could only be solved by staying in contact. Pakistan and US are trying to resolve this issue," he suggested.

The official remarked that the enforcement of travel restrictions was a ‘good step’, adding that the mechanism will work as a 24-hour hotline to report any inquiries or issues.

Aizaz Chaudhry’s remarks come a day after Pakistan imposed travel restrictions on US diplomats in a tit-for-tat move as Washington had barred diplomats stationed at the Pakistani Embassy from travelling outside of a 25-mile radius around the city without approval. The restrictions will affect 250 people affiliated with Pakistan’s embassy.

On the other hand, the restrictions applied by Pakistan include introducing a travel permission regime for the US Embassy/Consulate staff in Pakistan, treating US diplomatic cargo at Pakistani airports and ports strictly in accordance with the provisions of Article 27 of the Vienna Convention on Diplomatic Relations and implementing strictly the rules (already shared with the Embassy on 27 April 2018) governing interaction between Pakistan government officials and foreign diplomats.

Pakistan slaps restrictions on US diplomats in tit-for-tat row

Pakistan also withdrew facilities being extended to the US Embassy/Consulates, including use of tinted glass on official vehicles and rented transport, use of non-diplomatic number plates on official vehicles, use of diplomatic number plates on unspecified/rented vehicles; use of biometrically unverified/unregistered cell phone SIMs; hiring or shifting of rented properties without prior NOC;  installing radio communication at residences and safe houses without prior NOC and overshooting visa validity periods and having multiple passports.

The limitations on the movement of Pakistani diplomats and their families in the US took effect from Friday, further escalating already deteriorated bilateral ties.