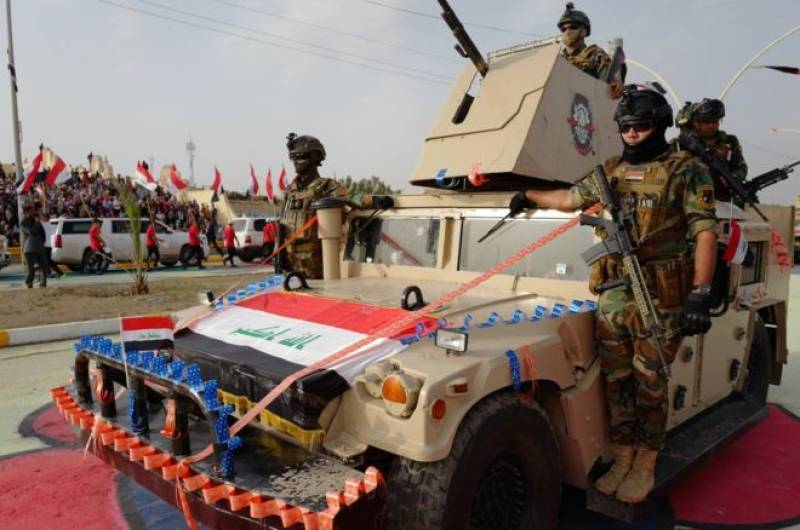 BAGHDAD - The violence-battered Iraq is holding its first parliamentary elections since the defeat of  ISIS last year, with political leaders trying to woo voters through their economic, education and health policies.

Statistically, nearly 7,000 candidates are running for 329 seats in the parliament and interestingly, the position of prime minister is reserved for a Shiite.

2,011 female candidates are contesting with guaranteed 25 percent share in the victory, meaning 83 of the seats will go to women. Nine seats will be allocated to minorities.

Candidates elected based on their position in the party will serve for four-years in parliament and victory on 183 seats is necessary for forming a government.

The incumbent Prime Minister Haider al-Abadi who's been at the helm of affairs since 2014, is hoping to regain the top slot, however, due to polarization, it is hard to predict who will trounce the polls.

The vote will be conducted electronically for the first time in a bid to reduce fraud and to ensure transparency.

The results of Saturday's election are expected within 48 hours of the vote, according to the independent body monitoring the election.

The 2018 vote will see two main Sunni coalitions, four Kurdish lists and five main Shia coalitions, from which the next prime minister will be elected to serve the country.

Over million polling workers to perform duties for US midterm elections

Pakistan to open consulates in Iraq to deepen relation