Death toll from Israeli attacks on Palestine rises to 36 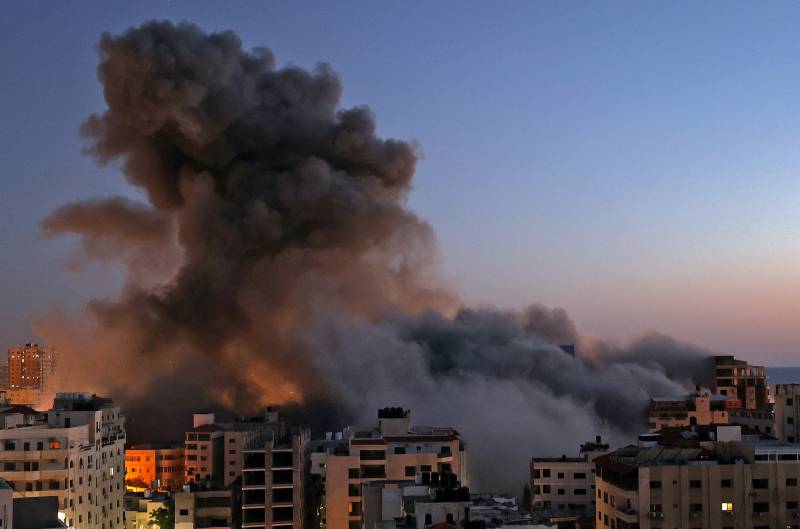 JERUSALEM – The death toll of Palestinians killed in the recent attacks in the Gaza Strip has risen to 36 as Israel carried out hundreds of airstrikes into the wee hours of Wednesday.

According to the Palestinian Health Ministry, there were at least 12 children and two women among the martyrs.

A 12-story residential building in the Gaza strip collapsed while other was heavily damaged after they were repeatedly hit by Israeli missiles. The collapsed building was located near the headquarters of the Committee for the Reconstruction of Gaza while no causalities were reported.

The strike came hours after Israel’s PM Netanyahu said he would increase the “frequency” and “strength” of the air raids.

Palestine’s Hamas fired a barrage of rockets at Israel's economic hub Tel Aviv in a bid to retaliate for an Israeli strike that destroyed the building in Gaza.

The sharp escalation of attacks sparked by Israeli violence in Jerusalem killed at least 36 Palestinians while hundreds suffered injuries.