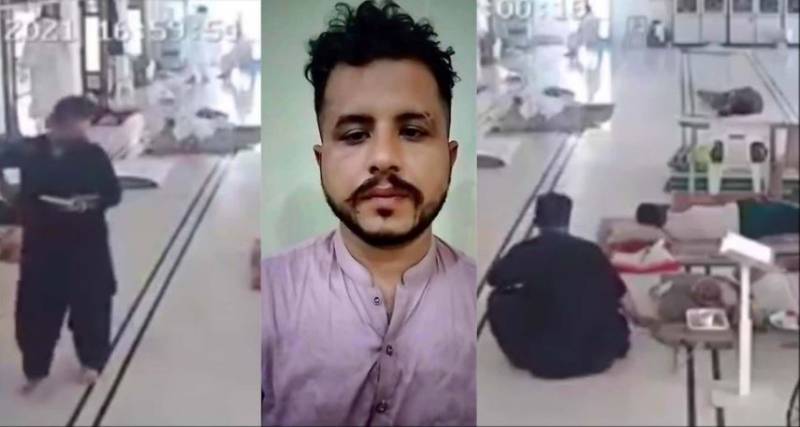 KARACHI – The closed-circuit cameras of Gizri mosque of Sindh capital captured a man allegedly stealing a mobile phone of a fellow observer while strolling with a Quran in hand during the Aitekaf.

The incident occurred on Tuesday when CCTV footage showed a man in Aitekaf spotted stealing a mobile phone in the premises of the mosque.

Following the video evidence of the crime, the local police have apprehended the culprit while the footage of the theft is making rounds on social media in which netizens lambasting the man for committing such an act in Aitekaf which has been observed to remove yourself from distractions and focus solely on the worship of Allah SWT.

KARACHI – In another act of power abuse in Pakistan, PTI MNA Aslam Khan in CCTV footage can be seen storming a ...

Superintendent of Gizri Police Station while speaking with a media outlet said the local law enforcers are trying to recover the stolen phone from the man who remains in police custody.

A viral video circulating on social media shows how a quick-witted employee of a filling station saved a customer from ...