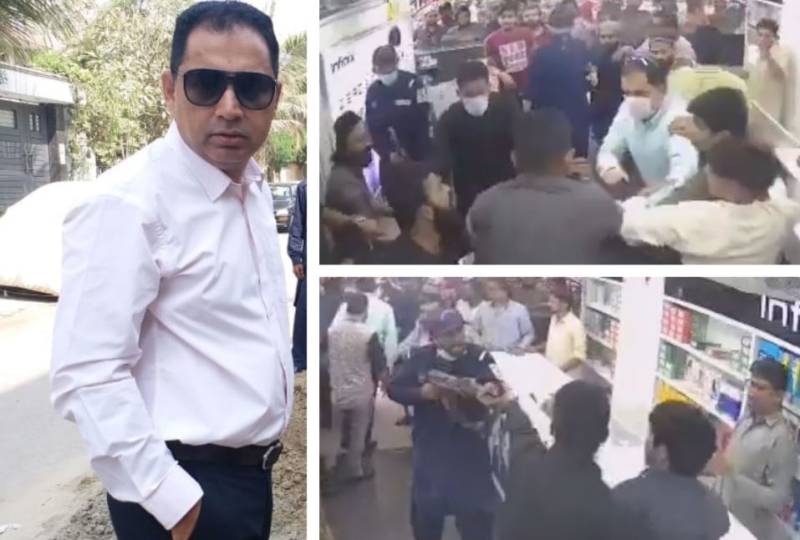 KARACHI – In another act of power abuse in Pakistan, PTI MNA Aslam Khan in CCTV footage can be seen storming a mobile shop and thrashing shop owners and staffers after heated arguments.

The incident occurred near Ifar time when the lawmaker alongside his friends and security guards entered the mobile shop and after furious arguments with the shopkeeper, the guards of the MNA pointed weapons at the shopkeeper while the other men thrashed the owner and staffers.

Furthermore, the people of Aslam Khan can be seen dragging out one of the men from the shop.

On the other hand, the leader of the Karachi mobile market, Minhaj Gulfam, said that despite their requests to finish the matter, Khan registered a case against the shopkeeper. It can be been seen in footage that who started the quarrel, he added.