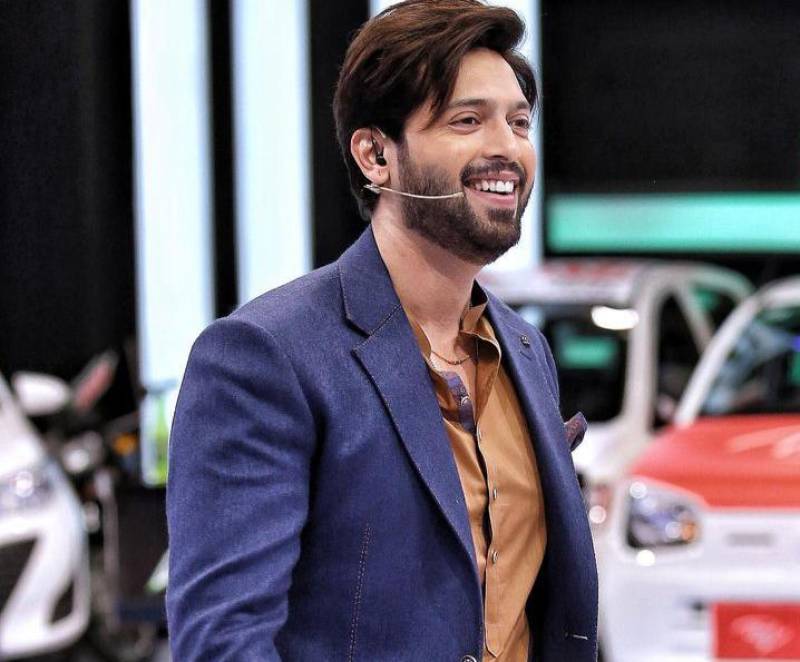 Superstar Fahad Mustafa has pledged to donate Rs2 million for the treatment of a kid battling Thalassemia.

The total cost for the bone marrow transplant amounts is Rs4 million which has now been raised with the help of generous donors from Pakistan and around the globe.

One of the founders of the JDC Welfare Organisation Syed Zafar Abbas took responsibility for raising money for the child's surgery after his father's cries for help found but a few ears.

"A three-year-old Hindu boy, whose father is a veterinarian who treats people's animals for free, found himself in a position where he could not afford to save his own son's life. He was disheartened. He went to the ARY show with me, where we made an appeal and the first person to call us after that was Fahad Mustafa," said Abbas in a video uploaded to the organisation's Facebook page.

While Mustafa was not a guest on the Waseem Badami and Iqrar-ul-Hassan's show but still he stepped in. Abbas revealed that donors from South Korea and Australia also helped to raise the remaining amount.

The Fifty-Fifty star Zeba Shehnaz was also present at the JDC office and being a longtime ally of the JDC, she extended her gratitude for Mustafa's help.

"Fahad, I am so proud of you. You are that son of my nation that I take deep pride in. They say artists are always asking for money, but today you've raised our heads with pride. May God bless you," the actor confessed tearfully.

"He has as many fingers as my own child," Abbas said, holding the little boy, on Shan-e-Iftar on May 10. "He walks, talks and laughs just as my own son does. They're the same age. Should this child die only because he's not Muslim?"

The child suffers from thalassaemia, he clarified, adding that he has just 15 months to get a bone marrow transplant or he will not make it. A 15-month delay in the surgery would drop his chances of survival to roughly 10%, Abbas claimed.

"Just before the show, he was asleep and wasn't in the condition to be brought here, but I still brought him here out of necessity. He had to have a blood test to see how much blood he has and if he needs more," the child's father said.

Further, he explained that he had knocked on every possible door but everything remained futile. Despite compromising his self-respect, he was sent away because he was a non-Muslim.

Amidst them narrating the entire issue, the show was interrupted by a live phone call from Fahad Mustafa himself who said he would like to donate Rs2 million for the child's treatment. He hoped that the donation would motivate others to come forward and help as well.

"Fahad Mustafa has just donated this child half his life, and the kid doesn't even know what has happened. He's distracted by the peacocks and pigeons on set," said Abbas.

Lately, the Internet has opened the doors for cross border interaction and one of the perks is discovering ...