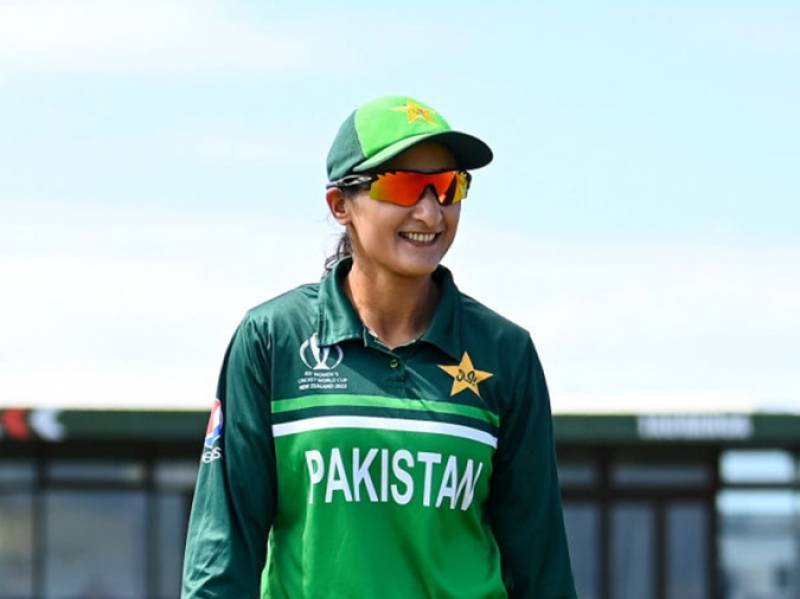 LAHORE – Pakistan Cricket Board (PCB) on Thursday confirmed Bismah Maroof will continue to lead the national women’s limited-overs teams in the 2022-23 season.

Pakistan are gearing up for an action-packed bumper season in which they will play, at least, 25 matches with the schedules for the ACC Women’s T20 Asia Cup and ICC Women’s T20 World Cup to be announced.

Their season begins by hosting Sri Lanka in Karachi for three T20Is and three ODIs in what will be the first instance of ICC Women’s Championship matches being staged in Pakistan from later this month.

Bismah’s team will then head for Belfast to play hosts Ireland and champions Australia in a T20I triangular series from 12-24 July before they move to Birmingham for the Commonwealth Games to be held from 25 July to 8 August.

Like the ICC Women’s Cricket World Cup 2022, Bismah will travel to Belfast and Birmingham with her daughter Fatima and mother with the Pakistan Cricket Board sharing the travel, lodging and boarding expenses in line with its Parental Support Policy.

Pakistan captain Bismah Maroof: “It is truly an honour for any cricketer to captain their country and it is a great privilege for me to continue in this role. The 2022-23 cricket season is the busiest for Pakistan women’s side and we are excited and geared up for the challenges it presents.

“Every match in the upcoming season is important for us as a team as bilateral ODIs will determine whether we qualify for the next ICC Women’s Cricket World Cup and the T20Is provide us opportunities to prepare for the all-important T20 World Cup in February next year.

“I want to thank the Pakistan Cricket Board for its immense support throughout my career and especially in helping me strike the right work-life balance after the birth of Fatima. There was a time when I contemplated giving up on my passion of playing cricket, but the PCB ensured it never came to that with the introduction of the maternity policy, which has made the game as inclusive as it can be for the women in our country. I also want to thank my family and especially my husband, Abrar, who has been a great support throughout my career, and has provided me encouragement to continue to play for Pakistan.”

Head of Women’s cricket Tania Mallick: “I want to congratulate Bismah Maroof on her retention as the leader of the national side. She has been an inspiration for women around the world with her demeanour on and off the field and I am sure our side will produce strong and consistent results in their leadership over the next year.”

Bismah made her Pakistan debut at 15 against India in an ODI at Jaipur in December 2006. She is the only Pakistan women cricketer with 5,000 international runs. She took reins of the T20I side in 2016 and was named the ODI captain after the 2017 ICC Women’s Cricket World Cup.