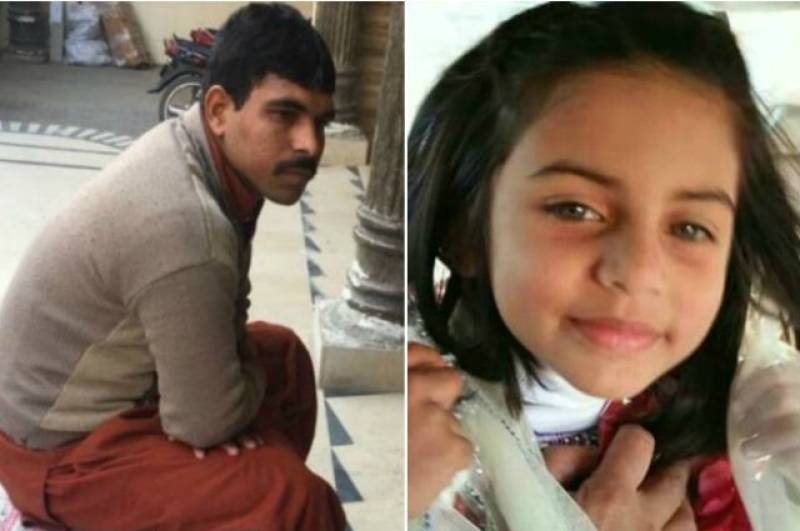 LAHORE - In a visible progress regarding the anti-child abuse drive, an anti-terrorism court on Friday issued death warrants for Imran who was convicted for the rape and murder of a seven-year-old girl in Kasur area of Punjab.

Imran, who was awarded 21 death sentences in the case, will be executed on October 17 at Central Jail in Lahore.

Seven-year-old Zainab was kidnapped from near her aunt’s house in Kasur on January 4 and was found dead in a garbage heap five days later.

On January 23, the authorities claimed to have nabbed Imran, a serial killer involved in other such crimes, through a DNA match.

Ali was found guilty under sections 364-A (kidnapping or abducting a person under the age of fourteen), 376 (3) (rape of minor), 302-B (punishment for qatl-i-amd) of the Pakistan Penal Code and section 7(a) (punishment for acts of terrorism) of the Anti-terrorism Act, 1997.

The accused was sentenced to death on a total of 12 counts (4 counts for each victim), fined Rs6 million (Rs2m per victim) and ordered to pay Rs3m (Rs1m per victim) as compensation to the victims' families.

Appealing against the ATC verdict, Imran claimed innocence before the Lahore High Court and pleaded for the verdict to be declared null and void.

The Supreme Court's Lahore Registry on June 12 dismissed Imran's appeal against the death sentence handed to him for raping and murdering the minor girl.