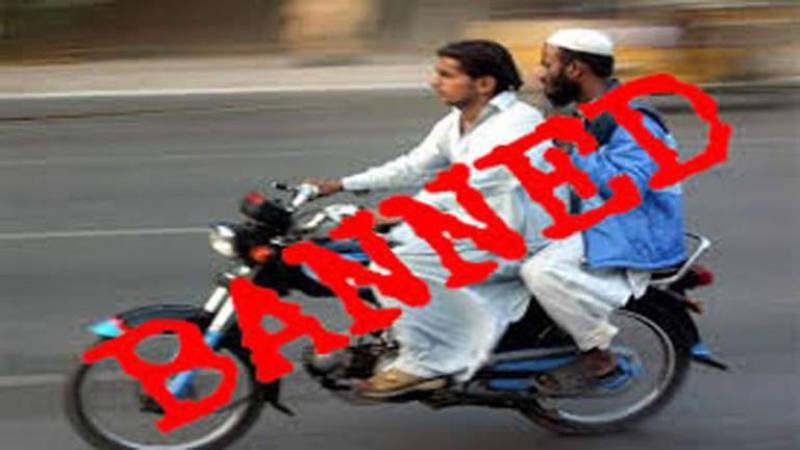 LAHORE - Punjab Home Department has banned motorcycle pillion riding in the province for two days in a bid to avoid any unpleasant incident during Muharram proceedings and gathering.

The ban on pillion riding has been imposed under Section 144 of code (PrPC) on 9th and 10th of Muharram.

A statement has been issued by Secretary for Interior Ministry according to which in addition to the ban on pillion riding, the government of Punjab has also banned heli-cams, drone cameras and all sorts of aerial coverage for viewing along.

A ban has also been imposed throughout the province on launching any sort of large blimps or balloons during any event or gathering. Anyone found in violation of the measures will be prosecuted according to section 144, said the statement.

However, children, senior citizens, females, government officials and journalist are exempted from the ban.

A total of 100 companies of Pak Army and rangers will be deployed at the sensitive point across the province.