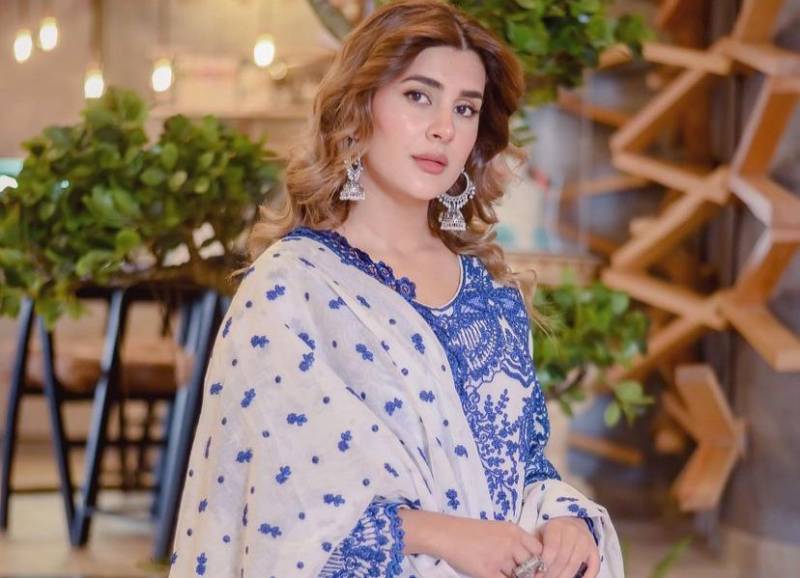 Lollywood diva Kubra Khan has been on a roll with her latest drama and film ruling hearts.

Cementing her position in the industry with her impeccable acting skills and drop-dead gorgeous looks, the 29-year-old has a bubbly persona, which fans get a glimpse of through BTS videos.

However, the Hum Kahan Kay Sachay Thay actor is a woman of steel and has been battling some health issues - the most recent being a gall bladder issue, which was fixed through a surgery.

'Pawri Girl' Dananeer Mobeen and Yashal Shahid visited Kubra recently and they were shocked to learn that she had a surgery, but did not tell anyone.

Needless to say, the Sinf e Aahan actor was shocked and thought that Kubra should give secrecy lessons.

Directed by Nadeem Baig and written by Khalilur Rehman Qamar (Punjab Nahi Jaungi), the film was released on Eidul Adha and has done a spectacular business at the box office.