From the brutal realities of war to a love triangle, Mawra talks about Aangan 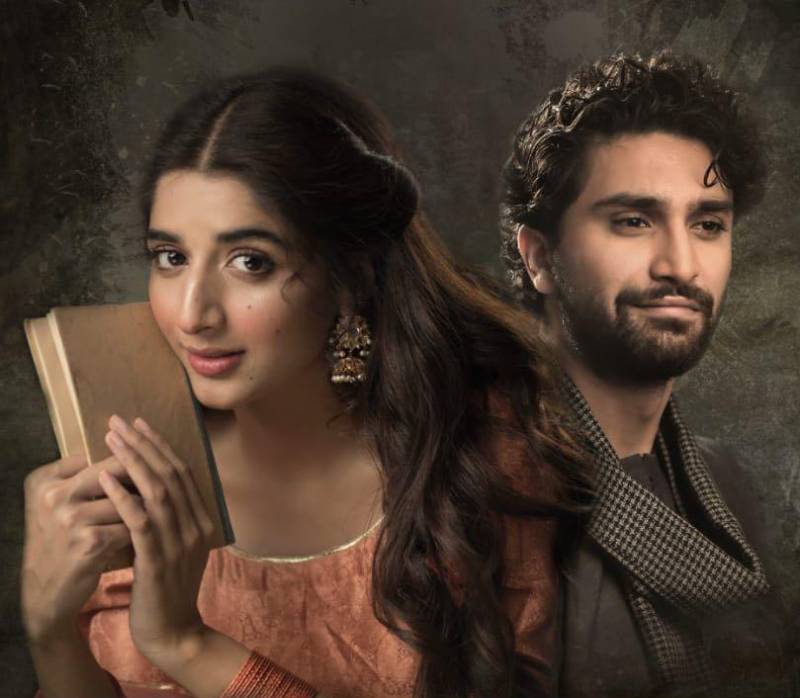 Arguably the most awaited Pakistani drama of the 21st century is going to be on-air today. The BTS's and teasers kept circulating on social media for months now and caught the attention of many including ours.

Set in the 1940s, the serial is going to take the viewers on an emotional roller coaster. The drama is based on a famous novel by Khadeeja Mastoor who earned herself a name in the literary world for all the right reasons. Khadeeja's writings were based on social, moral, and political values and Aangan touches all these subjects.

The fact that the serial is set in the 1940s is enough to explain the versatility we are expecting to see. With a mixture of colonial culture, political movements, Hindu-Muslim relations, clashes, patriotism, nationalism, World War ll etc, it's going to have something for everybody.

Not only does the plot touch a vast array of subjects and taboo topics but the characters are also very diverse in terms of their social upbringing, financial status, political ideas, and alliances. This diversity often causes a conflict that not only comes from within but from the society too. These obvious yet hidden contrasts are both the beauty and the tragedy of Aangan.

While we are talking about the characters, let's start with our protagonist Aliya.

Aliya is the narrator, one of the main characters and lifeline of the drama. If it weren't for Aliya and her conscience, this drama wouldn't exist. The character is being portrayed by Mawra Hocane. For me, she is the absolutely perfect choice. With her big beautiful eyes and kind features, she holds the power to mesmerize the viewers. That's the kind of authority I'd like Aliya to have. The expression we have seen on Mawra A.K.A Aliya's face in trailers are perfect for someone sensitive, kind, and caring. Also, with that beautiful face, it would be unfair if she wasn't romancing with three guys; Ahad Raza Mir, Ahsan Khan and Shehroze Sabzwari. 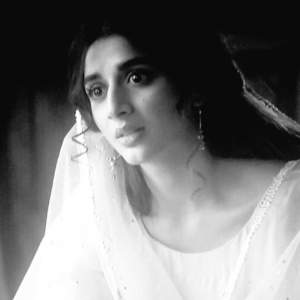 What makes Aliya unique is the fact she didn't borrow her views or ideology, she created her views. She made an effort to understand her surroundings and instead of shying away from harsh realities of her time, she faced them. Aliya probably wasn't born a heroine but she sure emerged as one.

To understand Aliya's character, one must understand that Aangan is a period play. There are so many things going on in the social, cultural and political landscape. You can only master a character that is the backbone of the drama if you have actually gone through those circumstances. In short, to understand the complexity of Aliya's character and challenges that came with it, I had to ask Mawra how difficult was it to master her character. Here is how she responded:

"It was extremely, extremely challenging, to deal with the emotional turmoils with so much grace as Aliya does. Some days I would feel she must react but then my director and writer would make me understand how deep and insightful Aliya is. It was initially very difficult to grasp Aliya' personality, she has substance but is compassionate, she has anger but is empathetic, she is afraid of falling in love yet brave in all other aspects. I hope and pray that I have done justice to Khadija Mastoor's Aliya. The nuances added by my writer Mustafa Afridi were sufficient for me to understand her complexities but I wouldn’t have been able to bring it to life without my director Ehteshamuddin."
The trailers I have seen have already made me believe that Mawra has aced Aliya's character. But she doesn't agree. According to her:
"I don’t think I have aced it, that is for the audience to decide but I know that I have worked extremely hard with all my love and might. If I have made any mistakes I hope the audience will overlook it. An actor is always learning, every day on the set felt like living in the 1940s, to familiarise with that era was so beautiful, I am still learning & I am far from acing."

I think she is being humble. She has done an amazing job and I wouldn't expect anything less from Aliya.

Moving on, we are going to see Ahad Raza Mir as a poet and a solider towards the end - oh the irony. We are sure that dreamy face will do justice to its character. Mir's character is going to be a powerful one. 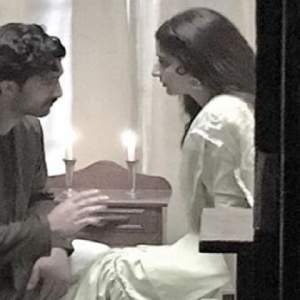 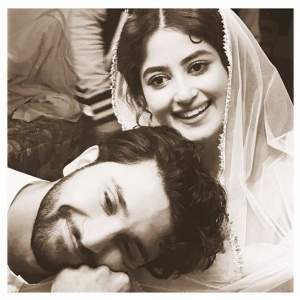 One of my personal favorite characters Chammi is being played by Sajal Aly. She appears to be this Chul Buli happy person in the trailer while deep down she is a victim of societal norms. If I were the casting director, I'd pick no one but Sajal to play Chammi. There is something about her big beautiful eyes and beautiful smile that you just feel as if all the secrets of the world are being revealed upon you. And for me, the biggest secret or mystery is how can someone smile despite being treated badly. Sajal Aly, I know I am going to cry at your performance.

Last but not least, the character of Safdar bhai. Let's just say he is paying the price for what his parents did and that price may cost him his dignity and his love. 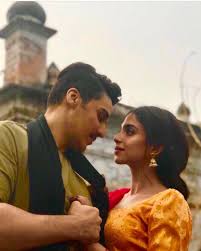 Aangan isn't just your everyday drama. It comments on many aspects of social, cultural and political landscape of the society of its time. The characters are complex because of the conflict that emerges not only from within but from the society and nature. There are clear protagonists but aren't any clear antagonists. To produce, direct or play a character in such a drama requires effort and a lot of hard work. I can't wait to see one of my favorite novels on screen.