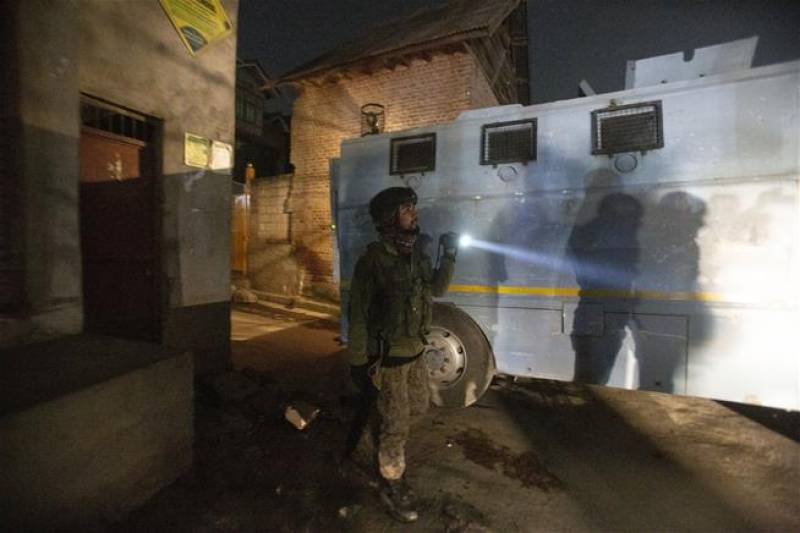 SRINAGAR – At least two Indian policemen were killed and 12 others injured on Monday in an attack on a bus in an area of occupied Jammu and Kashmir on Monday.

The attack took place in Zewan in the Pantha Chowk area this evening, leaving one ASI and a selection grade constable dead on the spot.

All the injured personnel have been shifted to the hospital, the police said.

The area has been cordoned off and a search operation launched by the Indian security forces to trace the suspects.

Meanwhile, Indian Prime Minister Narendra Modi has sought details from the security officials on the attack.

On the other hand, Indian forces in their fresh act of state terrorism killed two more Kashmiri youth in a fake encounter in Srinagar district.

The youth were martyred in the garb of a cordon and search operation in Rangret area of the district, on Monday.