Agencies had already warned of a major attack on Lahore 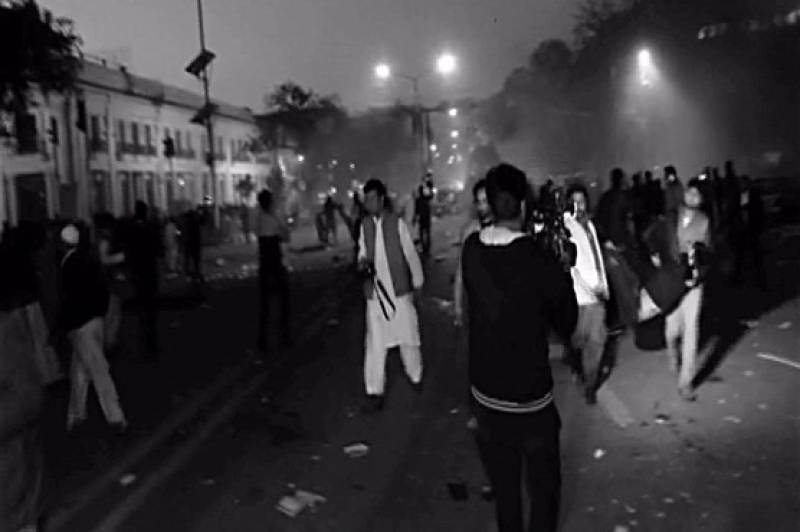 LAHORE - A strong explosion hit close to the Punjab Assembly, near Mall Road and Charing Cross in Lahore, where a large number of people were protesting against the amendments to the province's drug policy

However, the attack doesn't come as an unanticipated tragedy as the security agencies had already issued warnings about a possible terror attack in Lahore.

A notice issued by National Counter Terrorism Authority (NACTA) to the Home Secretary Punjab, the Provincial Police Officer and DG Pak Rangers Punjab on 7th February apprised the administration that an 'unidentified terrorist group' had planned a serious terrorist attack.

“Extreme vigilance and heightened security measures are suggested to avoid any untoward incident,” it said. 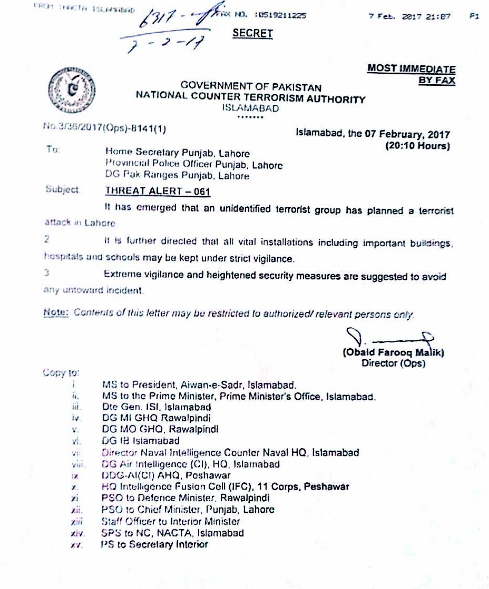 The notice further stated that "all vital installations including important buildings, hospitals and schools may be kept under strict vigilance."

The notice which was disseminated to all relevant law enforcement departments diligently informed about the specific locations and highly possible terror attacks and their details.

At least seven people, including senior police officers, were martyred on Monday when the powerful explosion took place.

The owners of medical stores in Punjab had announced a demonstration near the Punjab Assembly building to protest the drug rules of the provincial government.

The powerful explosion hit when hundreds of people were present at the location for the protest.

Many vehicles parked near the blast site caught fire, triggering panic and chaos in the area.

Heavy contingents of police and Rescue-1122 teams have reached the spot and shifting the injured – including policemen and media persons – to nearby hospitals. Firefighters are also busy in extinguishing the fire.