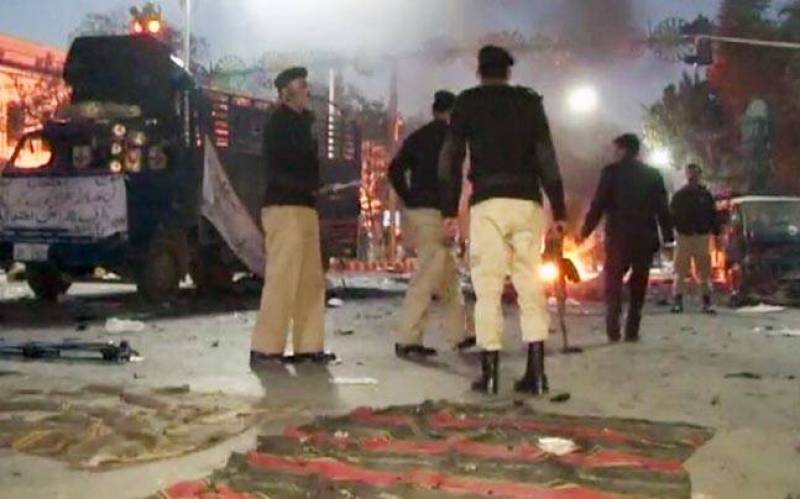 LAHORE - The timing of the deadly attack in Lahore, which claimed at least 16 lives and injured dozens of people, left people in shock and surprise, because it happened just when Pakistan Super League (PSL) announced that the final of the PSL-2017 will be played in Lahore.

An article published in defence.pk relating the recent attack with upcoming PSL final states, “So who exactly doesn't want the return of sports in Pakistan? - The answer to that is quite simple, its India”.

It further highlights, “India was behind the brutal terrorist attack on the Sri-Lankan cricket team in Lahore in 2009 in order to deny Pakistanis the sense of stability and normalcy which would have arrived with co-hosting the cricket world cup”.

“Why would India allow normalcy to return to Pakistan when its pumping billions into terrorism to create the opposite in Pakistan?”

The article further states, “Earlier, PSL 2017 was marred by a match-fixing scandal orchestrated by a bookie connected to an Indian network,” adding that Pakistan’s mortal enemy wanted to ruin the event and restrained the restoration of international cricket.

Coward enemy #India did it again

#LahoreBlast was predicted & we r 100% sure #IndiaBehindLahoreBlast. #PakArmy should give lesson to #India stop banning #Kashmir Jihadis

India dont want PSL to flourish that's why it organized the blast in Lahore to prevent PSL final in Lahore. #pslt20 #LahoreBlast

On the other hand, India media has started questioning the security situation in Lahore in the light of the PSL final, which is going to be held in the city on March 5.

In its malicious campaign against Pakistan, the Indian media without giving names of players is reporting that “foreign players circumspect about going to the terror-hit country”.