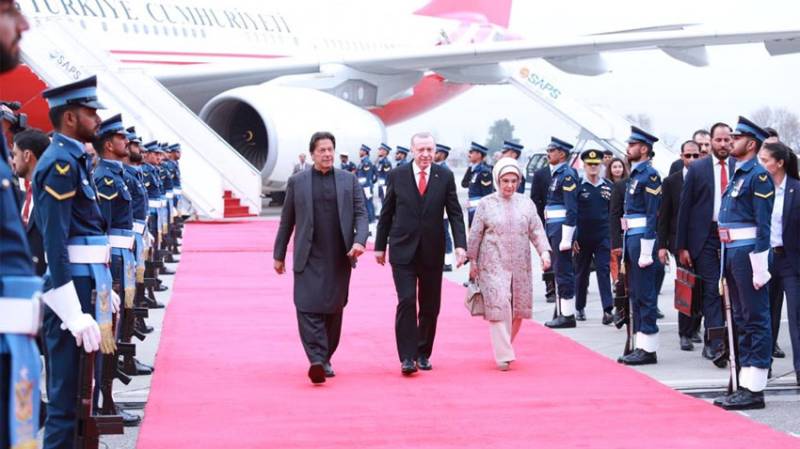 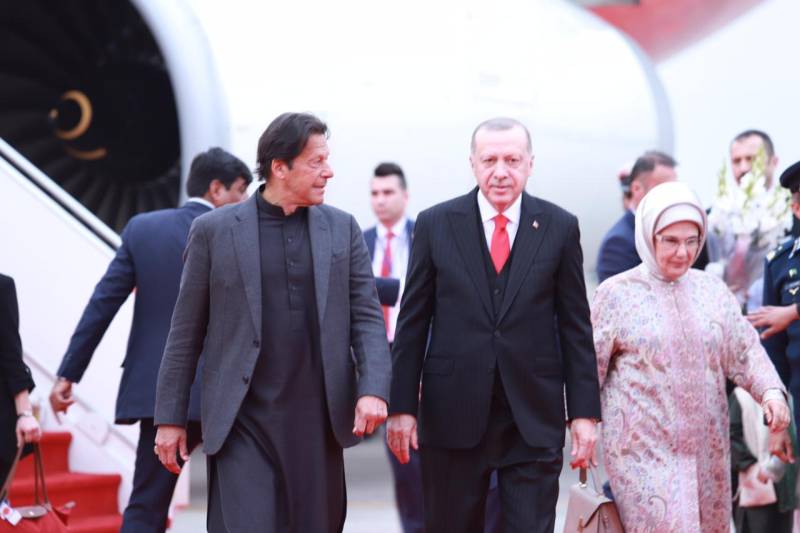 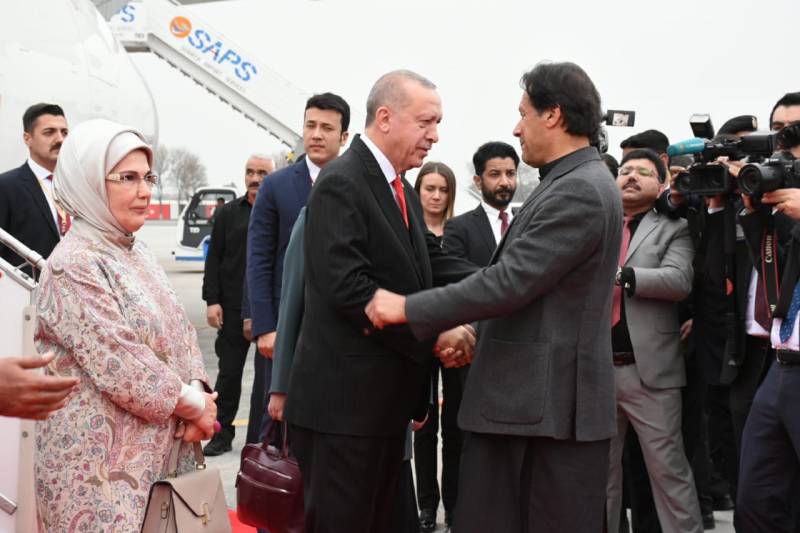 Later on, the Turkish President was accorded Guard of Honour at the Prime Minister House.

During the visit, Prime Minister Imran Khan and President Erdogan will have one-on-one meeting, after which they will co-chair the 6th Session of the Pakistan-Turkey High Level Strategic Cooperation Council in the joint cabinet format.

At the conclusion of the session, a Joint Declaration will be signed. A number of important agreements and MoUs are also expected to be signed during the visit. The two leaders will have a joint press stakeout.

President Erdogan will also address a Joint Session of Parliament of Pakistan.

President Erdogan and Prime Minister Imran Khan will also address the Pakistan-Turkey Business and Investment Forum which brings together leading investors and business-people from both sides.

The visit of President Erdogan will prove to be another significant milestone in further deepening and broadening of the flourishing Pakistan-Turkey strategic partnership.

He said China-Pakistan Economic Corridor is at a completion level and Turkey is interested in being a part of special economic zones, which will be established under the project.