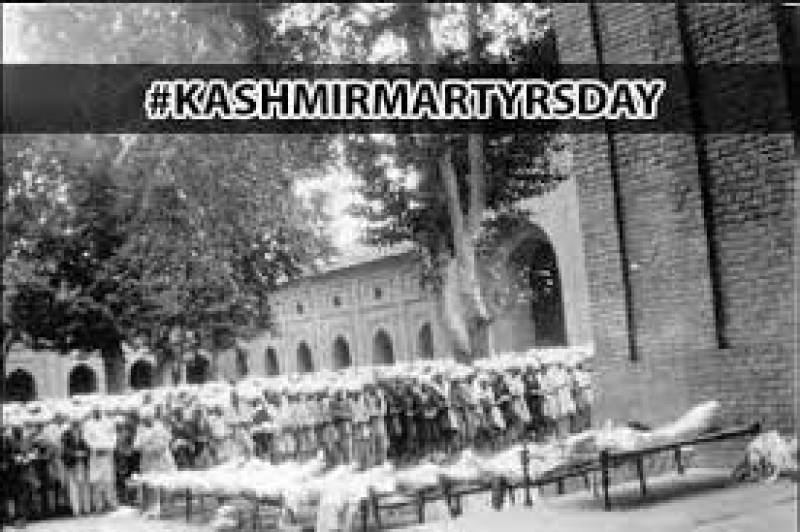 SRINAGAR - Kashmiris on both sides of the Line of Control (LoC) and world over are observing Kashmir Martyrs Day today (Monday) to pay homage to martyrs of July 13, 1931 and complete shutdown is being observed today to mark the Day.

According to the media details, the call for the strike has been given by the veteran Hurriyat leader Syed Ali Gilani, the All Parties Hurriyat Conference and Mirwaiz-led Hurriyat forum to reiterate the urgent need for a peaceful and just resolution of the Kashmir dispute and to put an end to repression against the Kashmiri people and Hurriyat leaders.

Syed Ali Gilani in a tweet said that the people of occupied Kashmir will continue their battle against Indian oppression till the dawn of freedom.

Mirwaiz Umar Farooq-led Hurriyat forum has said that 13th July 1931 is a milestone in the history of Jammu and Kashmir as on the day Kashmiris for the first time collectively stood up to resist oppressive autocratic rule.

The APHC has appealed to the people to conduct a march towards the Mazar-e-Shuhada, Naqshband Sahib in Srinagar on the day where the martyrs of 1931 are buried.

On 13th July 1931, the troops of Dogra Maharaja had killed 22 Kashmiris, one after the other, outside the Central Jail in Srinagar during the court proceedings against one Abdul Qadeer who had asked the Kashmiri people to defy the Dogra Rule.