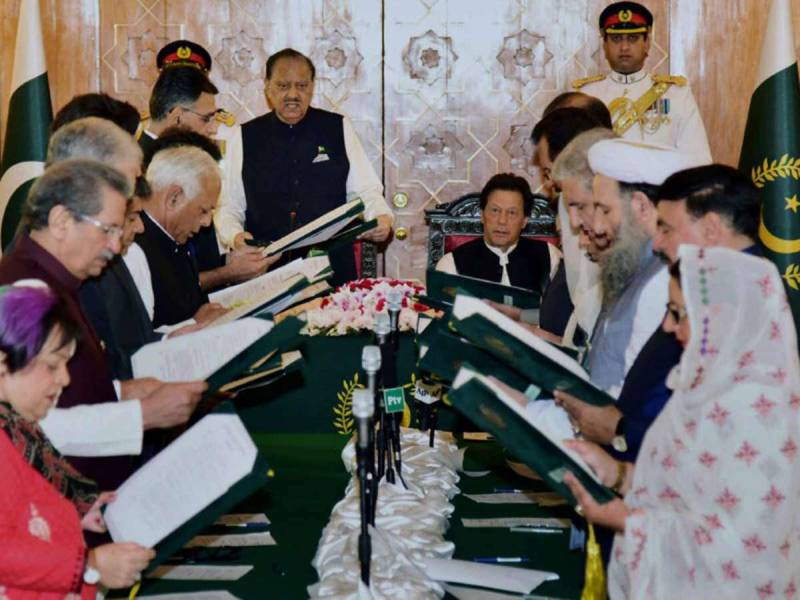 Local media quoting officials said, the government coalition partners, including Pakistan Muslim League Quaid-i-Azam and Muttahida Qaumi Movement, will be given ministries as promised by the incumbent setup.

Besides the addition of new members, a few sitting ministers will also be removed in light of the performance. Meanwhile, PM’s close friend Zulfi Bukhari is reportedly in the list of new members other than Moonis Elahi of the PML-Q. Bukhari earlier resigned over an inquiry against his alleged involvement in the Rawalpindi Ring Road scam.

Media reports also claimed that the Balochistan Awami Party will also be given ministries whereas the matter of Faisal Vawda is undecided for time being.

In the last cabinet reshuffle, Shaukat Tareen was appointed the country's new finance minister. Omar Ayub was shifted to the Ministry of Economic Affairs that was previously held by Khusro Bakhtiar and Shibli Faraz and Fawad Chaudhry also swapped the ministries of Science and Technology and Information and Broadcasting.

ISLAMABAD – Prime Minister Imran Khan has reshuffled the federal cabinet, according to reports in local ...

On Wednesday, Prime Minister Imran Khan has added Jamhoori Watan Party (JWP) chief and MNA Shahzain Bugti to his cabinet as Special Assistant on Reconciliation and Harmony in Balochistan.

"The Prime Minister has been pleased to appoint Nawabzada Shah­zain Bugti MNA, as Special Assistant to Prime Minister on Reconciliation and Harmony in Balochistan, with immediate effect. He shall hold the status of Federal Minister," read a notification issued by the Cabinet Division.

As the PTI government has pinned its focus on the development of Balochistan, Prime Minister Imran Khan has added ...