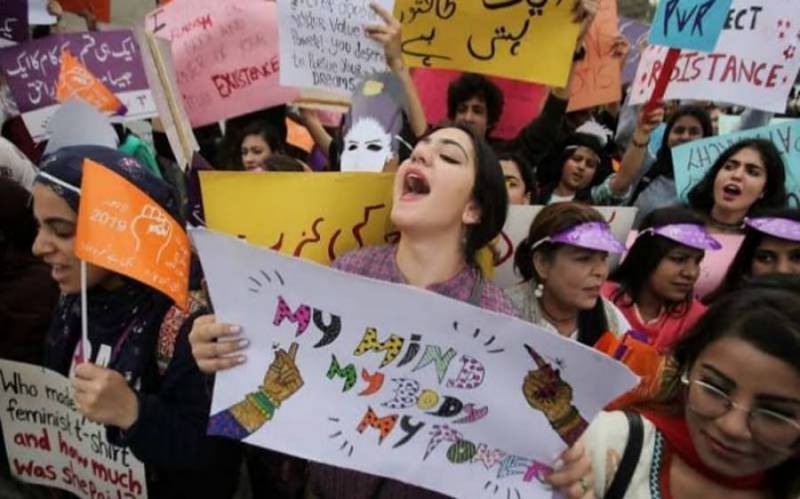 ISLAMABAD – Pakistan has been ranked second worst among the most gender-equal countries, placing only above Afghanistan in the Global Gender Gap Report 2022 released by the World Economic Forum on Wednesday.

The country of nearly 221 million ranked 145 out of 146 states, as the gender gap has even widened as compared to previous years.

The Global Gender Gap Index has measured the progress toward gender parity across four key dimensions including Economic Participation and Opportunity, Educational Attainment, Health and Survival, and Political Empowerment.

The report, however, pointed out that women in Pakistan do not have equal access to justice, or inheritance rights.

Contained inside, the world's most gender-equal countries, where the gap still needs closing, and the actions being taken to do so.

It said Pakistani women have the smallest share of senior, managerial and legislative roles (4.5%), compared to Jamaica, where women represent 56.6% of workers in that category.

The report added that Pakistan, among other South Asian nations including India, has the lowest regional gender parity scores for Health and Survival.

It mentioned that Pakistan improves across three sub-indexes, with the highest positive variation on Economic Participation and Opportunity.

It said that women’s labor-force participation declined by 1.9 percentage points in 2022 whereas the shares of male and female students in secondary and tertiary education increased as compared to last year.

WEF ranked 146 nations, among which Iceland, Finland, Norway, New Zealand, and Sweden make it to the top five, while the five worst ones are Afghanistan, Pakistan, Democratic Republic of Congo, Iran, and Chad.

Meanwhile, Nicaragua and Germany have replaced Lithuania and Switzerland in the top 10 list.