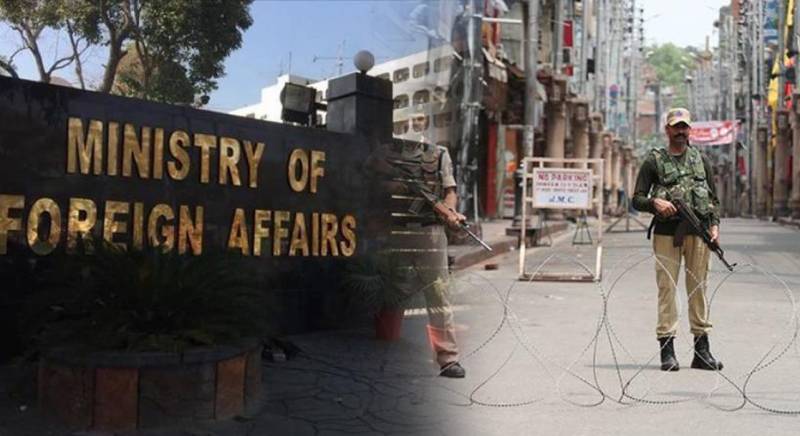 ISLAMABAD – Kashmir Martyr Day is observed in Pakistan and on both sides of the Line of Control as well as by Kashmiri and Pakistani diasporas around the world to commemorate the valour and sacrifices of the Kashmiris.

A statement issued by Foreign Office said that the government and people of Pakistan are today solemnly observing the 91st Kashmir Martyrs’ Day.

Yaum-e-Shuhada-e-Kashmir was commemorated to mark the incident of July 13, 1931, when 22 Kashmiris were shot dead by soldiers of Dogra ruler Maharaja Hari Singh as they attempted to complete the call for prayer outside the Srinagar jail.

The resident of the disputed valley had risen against the Dogra rule and protested the prosecution of Abdul Qadeer Khan Ghazi, a sympathiser of the Kashmir struggle.

This launched the freedom struggle by Kashmiris living on both sides of the Line of Control, as well as the world.

Following the abolition of Article 370 in 2019, the Indian ruling BJP removed Kashmir Martyrs' Day from its list of public holidays, while October 26 was added to be observed as 'Accession Day' which was in fact the Day of Occupation of Jammu and Kashmir.

The occupied Kashmir has been brutalized for years, since the lockdown as Indian forces amped up brutalities against residents.

Frustration and resentment in the IIOJK are rising amid increased militarisation and dehumanisation.

Prime Minister Shehbaz Sharif also expressed soldairty with Kashmiris on Martyrs' Day, calling it a reminder of sacrifices that Kashmiris have rendered for their inalienable and UN-sanctioned right to self-determination.

Taking it to Twitter, the premier said flame of freedom from the Indian yoke has been kept alive by the generations of Kashmiris in the face of Indian tyranny and oppression.

Kashmir Martyrs' Day is a reminder of sacrifices Kashmiris have rendered for their inalienable & UN-sanctioned right to self-determination. The flame of freedom from the Indian yoke has been kept alive by the generations of Kashmiris in the face of Indian tyranny & oppression.