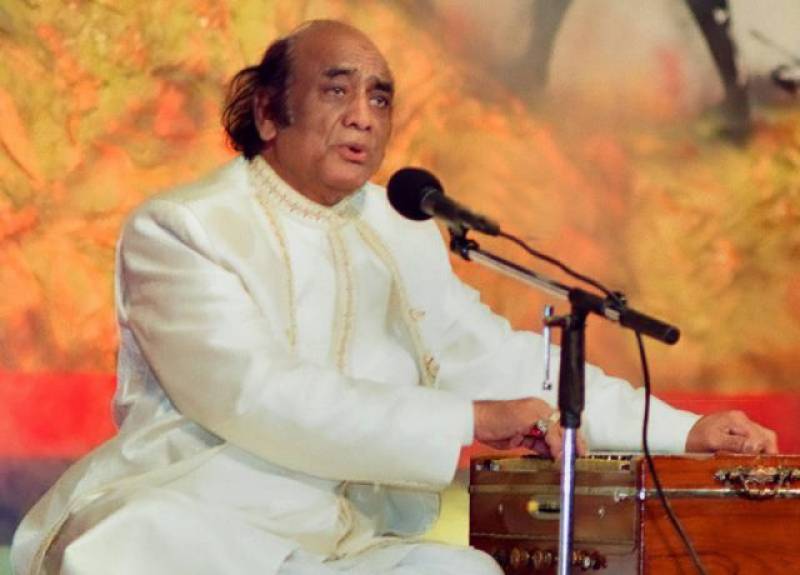 Mehdi Hassan was born on July 18, 1927 in a village called Luna, Rajasthan in Jhunjhunu district in India into a family of traditional musicians.

He was awarded KL Saigal Sangeet Shehenshah Award by the government of India, the Private news channel reported.

He was honoured with Tamgha-e-Imtiaz, Pride of Performance and Hilal-e-Imtiaz by the government of Pakistan.

In 1983, in the court of King Birendra he was awarded Gorkha Dakshina Bahu by the government of Nepal.

He remained a leading singer of film industry along with Ahmed Rushdi. The highest civilian honour

of Pakistan, 'Nishan-e-Imtiaz' is conferred on him.

In 1957, Mehdi Hassan was given the opportunity to sing on Radio Pakistan, primarily as a thumri singer, which earned him recognition within the musical fraternity.

He had a passion for Urdu poetry, and therefore, he began to experiment by singing ghazals on a

part-time basis. He cites radio officers ZA Bukhari and Rafiq Anwar as additional influences in his progression as a ghazal singer.

Mehdi Hassan was died on June 13, 2012, after a protracted illness, in a private hospital in Karachi.

Hassan died on June 13, 2012, after a protracted illness in Karachi.