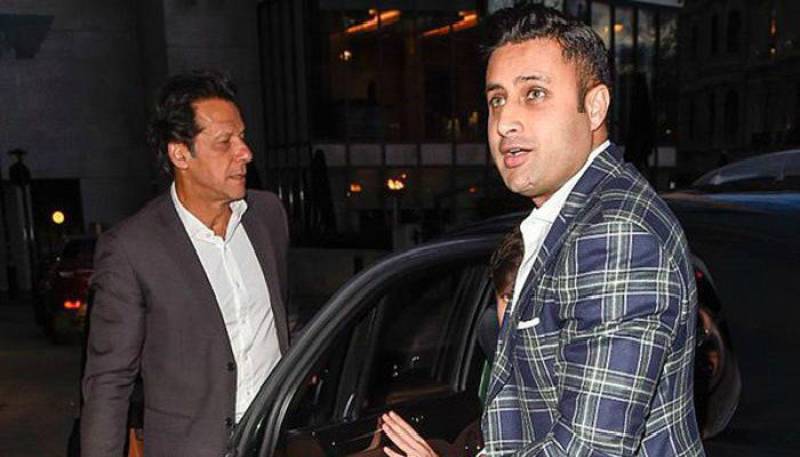 ISLAMABAD - The caretaker Prime Minister Nasir Mulk has sought a report from the interior ministry over the Saudi Arabia tour of Zulfi Bukhari, despite the fact that his name was on Exit Control List.

According to media reports, the interim chief executive has issued orders to Azam Khan-led ministry to submit a report as to how the close confidante of Pakistan Tehreek-e-Insaf chief, Imran Khan was allowed to board the plane despite facing travel restrictions.

Zulfi Bukhari, who owns offshore companies and is under the radar of National Accountability Bureau, accompanied PTI supremo Imran Khan and his wife Bushra Maneka to Saudi Arabia on Monday for Umrah (religious pilgrimage).

The group had hired a chartered flight, however, Zulfi was not allowed to leave the Nur Khan airbase owing to ECL restrictions. After hours-long settlements, the immigration authorities were ordered by the interior ministry to “grant one-time permission to Bukhari for a period of 06 days” to go on a religious pilgrimage.

According to interior minister Azam Khan, Bukhari's name was not in ECL, however, his name was blacklisted owing to offshore companies.

In an informal conversation with a private channel, Khan also negated the reports that the dubious removal was at the behest of armed forces.

In a series of tweets, Zulfi Bukhari had wondered why he was answerable to NAB despite being a British citizen and haven't held any public office.

Question; British citizen, who has never held public office, pays his taxes in the UK. Has never done a rupee of business in Pakistan. Would like to know how you two experienced anchors think he is answerable to NAB in any way?

Your trying to explain corporate structures is hilarious. UK is allowed to tighten or loosen laws. It’s the public’s job to abide by them which all my companies do.
Seems like Klasra is upset he wasn't part of the Umrah trip while Arshad seems too fascinated by Maldives! :) 2/2