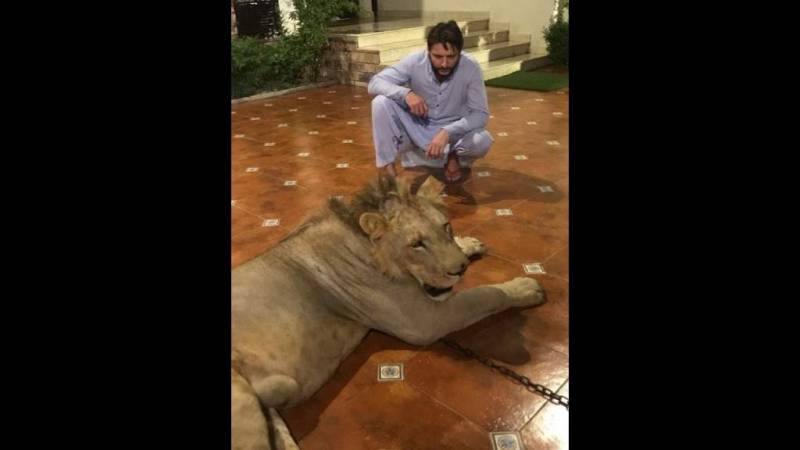 KARACHI - Former skipper Shahid Afridi has given his viewpoint for one of his photos that stumped the internet and drew flak at him for having kept a lion in chains.

In a brief Facebook status, the 38-year-old explained that the house where the photo was captured belonged to him, however, hastened to add that the lion was brought from somewhere else.

The athlete explained that the lion was chained for just to be on the same side as it was brought to his house by the owner who had tamed the wild animal.

Afridi, dubbed boom boom across Pakistan, shared that the owner had nurtured them since they were 2months old and they were totally home brought up.

'The person who owns them has a license as well,' claimed the Karachi Kings player.

Afridi continued he respects that animals need free space and wildlife for survival and added that the space where animals usually live is in an entirely free environment.

The clarification came days after Afridi faced the ire of social media for having kept a chained lion at his home and a deer, who was being hand-fed by the cricketer

Great to spend time with loved ones. Best feeling in the world to have my daughter copy my wicket taking celebrations. And yes don't forget to take care of animals, they too deserve our love and care :) pic.twitter.com/CKPhZd0BGD

A tweet shared by the cricketer boomeranged, however, the clarification seems to make sense.