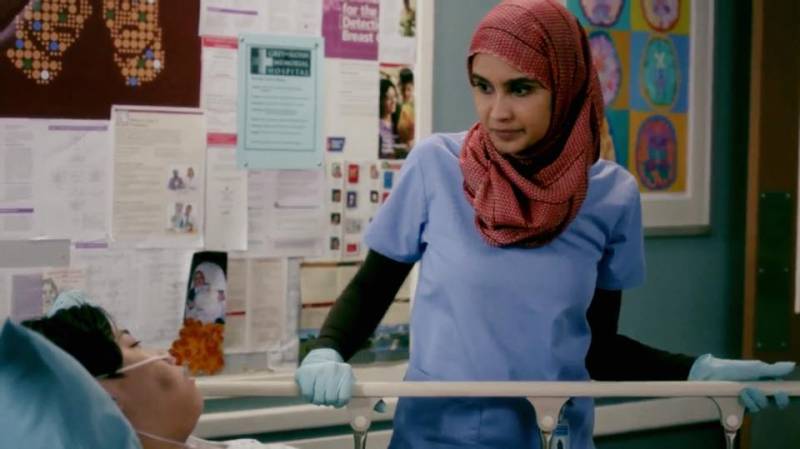 When Dr. Qadri took off her hijab to wrap it around a patient's leg to stop the bleeding and save a life (Season 14, Episode 13), all sorts of reactions have followed for the show's director Shonda Rhimes.

However, one of the notable reactions were a thank you note from Iman Zawahry, a Muslim-American film-maker, to Shonda Rhimes.

Iman wrote: "So I’m catching up on a show I’ve been loyal to for 14 years. Shonda Rhime’s “Greys Anatomy” and they have introduced a hijabi intern this season. Something so true to reality as almost everyone Muslim I know is a doctor (slight, but honest exaggeration). Anyhow, in the story the patient begins to bleed out, Dr. Qadri, takes off her hijab to use it as a tourniquet. When her attending asked why she took of her hijab (he used that word) she replies "It's a symbol of my faith. And my faith is about service and compassion." So simple and matter of fact as she moves on to prep for surgery. Two years ago when I first taught “Islam, Media and Pop Culture” I couldn’t find one good example of positive portrayal of Muslims in television and definitely not a hijabi on camera. Something I’ve been working toward as a Muslim female filmmaker for years. This minor, simple line and character shows humanism, understanding and unity in our community. Spear headed by non other than a black female showrunner. Times, they are a changin.#thankyoushonda #greysanatomy"

People too have expressed their gratitude to the director for showing a positive side of Islam in form of humanism.

SHE TOOK OFF HER HIJAB TO STOP SOMEONE FROM BLEEDING OUT FROM METAL IN THEIR FEMORAL ARTERY- GIVE HER A HARPER AVERY. #GreysAnatomy

I loved that this was kinda just like a casual thing too. She was like "yep took it off, saved a 14 year old, that's what my faith is really about" and then put it back on when she got it back from the OR. It was treated with respect and as the normal thing it should be.

Well said and I applauded everyone for this storyline. IT WAS INSPIRING...NUFF RESPECT... BLESS..

Here is the clip: