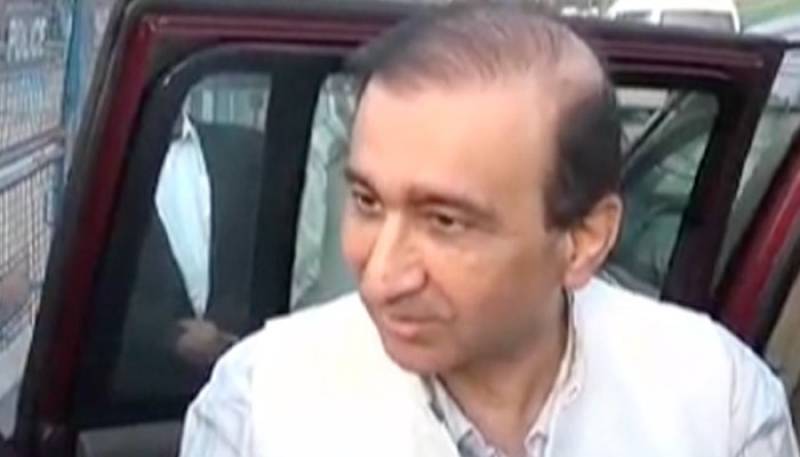 The NAB team produced Rahman before accountability judge Ameer Mohammad Khan while the anti-graft buster was represented by its prosecutor Hafiz Asadullah. Senior Lawyer Aitzaz Ahsan as a defense lawyer from the media tycoon’s side.

On Thursday, NAB had arrested Rahman in Lahore in a case pertaining to the purchase of a 54-Kanal land.

LAHORE - NAB has arrested Chief Executive Officer of the Geo/Jang Group Mir Shakilur Rahman in Lahore by the National ...

Responding to a question about reasons behind the arrest of the Jang/Geo CEO, the NAB lawyer said that Mir Shakilur Rehman was taken into custody after he failed to provide record to prove the legal acquisition of 54 kanals land in Lahore during the tenure of Shehbaz Sharif in 1986 as chief minister.

Ahsan while submitting counter arguments said that his client was arrested in years old case, adding that the act was based on illegal intentions.

He said that Rahman did not purchase the land from the Lahore Development Authority but it was bought from a third person according to law.

Ahsan further revealed that NAB arrested his client without hearing his stance on the orders of its chief.

After hearing the arguments, the court sent the media tycoon on 11 days remand for further interrogation.