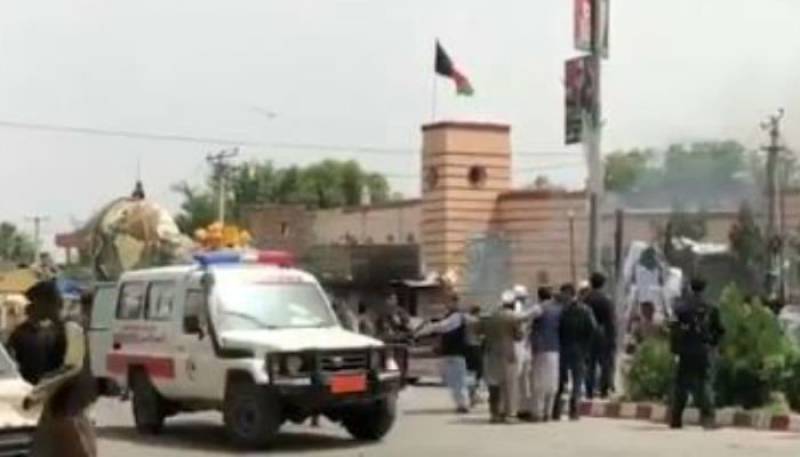 JALALABAD - At least six Afghan nationals were killed and 20 others injured on Sunday in deadly suicide blasts followed by a gun battle between Afghan security forces and militants in Jalalabad area of Afghanistan.

According to media reports, at least three explosions were heard at the start of what appeared to be a coordinated attack in a building housing the state accounts office.

At least four people had been killed and 20 wounded, a spokesman for the Nangarhar provincial governor told the media.

KABUL - An explosion at a mosque in the eastern Afghan province of Khost on Sunday killed at least 13 people and ...

The militant attack is the latest in a series across Afghanistan this year. Most have been in the capital Kabul.

Earlier,  an explosion at a mosque in the eastern Afghan province of Khost killed at least 13 people and wounded 31 and the casualty total may rise.

The blast occurred in the eastern province of Khost while people were gathered after afternoon prayers, police spokesperson Basir Bina told the media.

There was no immediate claim of responsibility of today's blasts.