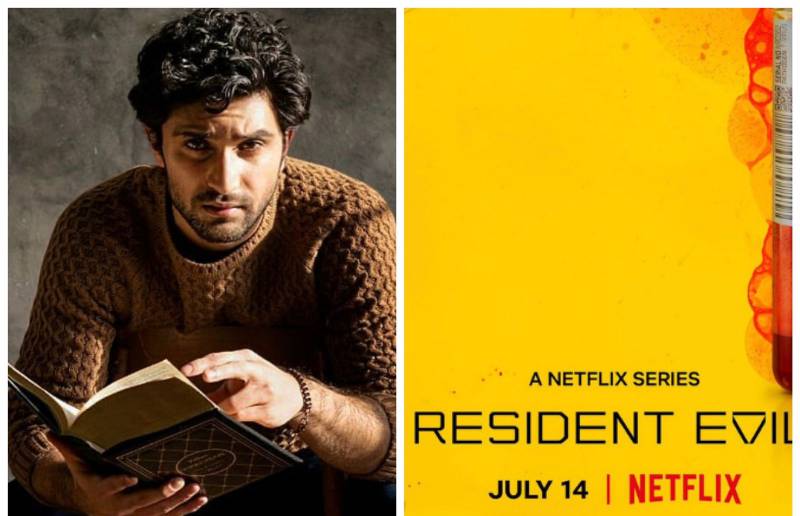 The first teaser for Netflix’s Resident Evil series has finally been released and needless to say, the spectacular teaser promises action-packed fights and an overload of zombies.

The teaser is nothing less of a treat as it shows snippets of the horror extravaganza alternating between modern-day New Raccoon City and a future zombie-infested London in 2036. However, the netizens have expressed displeasure and were left wondering why they failed to spot the Pakistani heartthrob Ahad Raza Mir.

“Nothing eventful ever happens in the peaceful New Raccoon City. The legendary franchise Resident Evil brings its battle for survival to Netflix on July 14th," captioned Mir while sharing the teaser on his Instagram handle.

The official synopsis of the Netflix series reads, “Year 2036 – 14 years after a deadly virus sparked a global apocalypse, Jade Wesker fights to survive in a world overrun by bloodthirsty infected and insane creatures.” It continues, “In this carnage, Jade is haunted by her New Raccoon City past, her father's connection to the Umbrella Corporation, but most importantly, what happened to her sister, Billie.”

The details of the Yeh Dil Mera star's character are currently being kept under wraps. The handsome actor took to Instagram in March to share a poster of the series.

On the work front, Ahad Mir has been lauded for her performance in the drama serial Hum Tum. The drama serial has been written by Saima Akram Chaudhry and directed by Danish Nawaz.

Pakistani actor Ahad Raza Mir has many jewels to his crown and now netizens are delighted to hear that Ehd-e-Wafa star ...