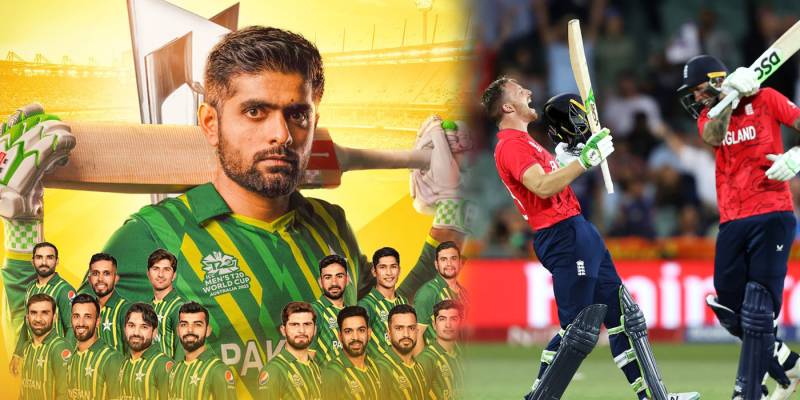 Shaheens are set to face confident England in the highly-anticipated game at the Melbourne Cricket Ground (MCG) under rain threat.

However, according to the Bureau of Meteorology, the chances of rain during the final have reduced. Earlier, there was around 90-95 percent chance of showers and thunderstorms which is now reduced to 40 to 50 percent in the capital of Victoria.

As fans are excited ahead of the clash, the Pakistani team hopes for a repeat of the 1992 Cricket World Cup, when Imran Khan led team defeated England in the final at the same venue.

Babar-led squad, who was at one stage on the brink of elimination from the mega event, is now heading into the finale after stunning Kiwis and Proteas. England, on the other hand, thrashed India by 10 wickets in the second semifinal.

Both sides include star-studded line-ups, while Pakistani skipper Babar Azam told his side to ride the wave of four consecutive victories to lift the trophy.

Green Shirts suffered last-ball losses to arch-rival India and Zimbabwe to start their tournament but bounced back and are confident.

Both sides have already won the T20 World Cup once, and they will be locking horns for a second title.