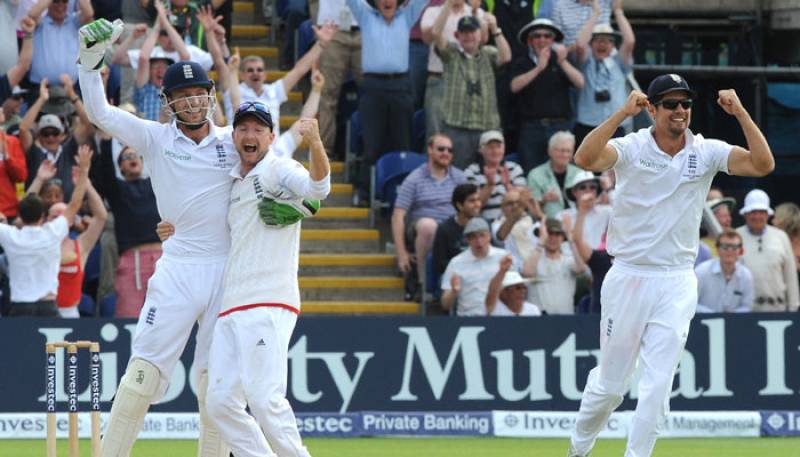 MANCHESTER (APP) - Australia beat England by eight wickets to win the fifth and final one-day international and seal a 3-2 victory in the series in Manchester on Sunday.

After winning the toss and electing to bat, England could only make 138 with Ben Stokes top scoring with 42 while Adil Rashid finished unbeaten on 35.

All-rounder Mitchell Marsh finished off the Australia bowling attack with four for 27 while John Hastings claimed three for 21.

England skipper Eoin Morgan was retired hurt with concussion after he was struck on the head by a bouncer from Mitchell Starc in the seventh over and was unable to return as James Taylor took over the captaincy.

In reply, Australia lost Joe Burns and Steve Smith cheaply but an unbroken stand of 109 between Aaron Finch and George Bailey saw the tourists home in 24.2 overs.

Finch finished unbeaten on 70 while Bailey ended the match on 41 not out as Australia ended their tour of England on a high following their early 3-2 defeat in the Ashes Test series.