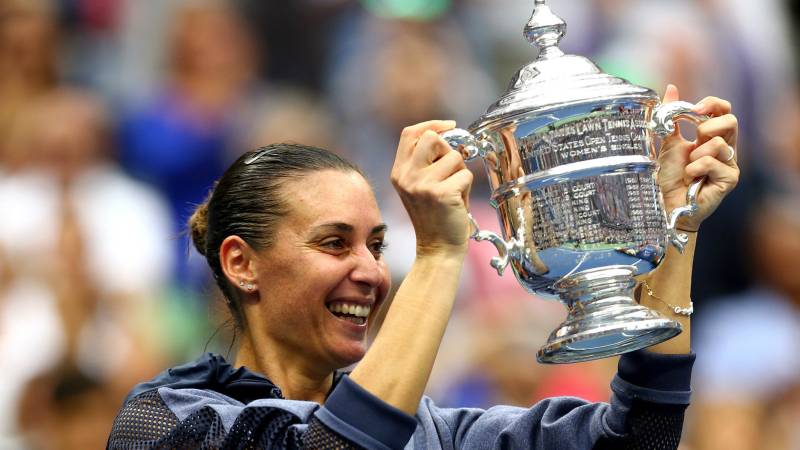 As she finished her on-court interview, she announced that this would be her last US Open match.

"This is the way that I would like to say goodbye to tennis," she said, an announcement that surprised everyone in the stadium. 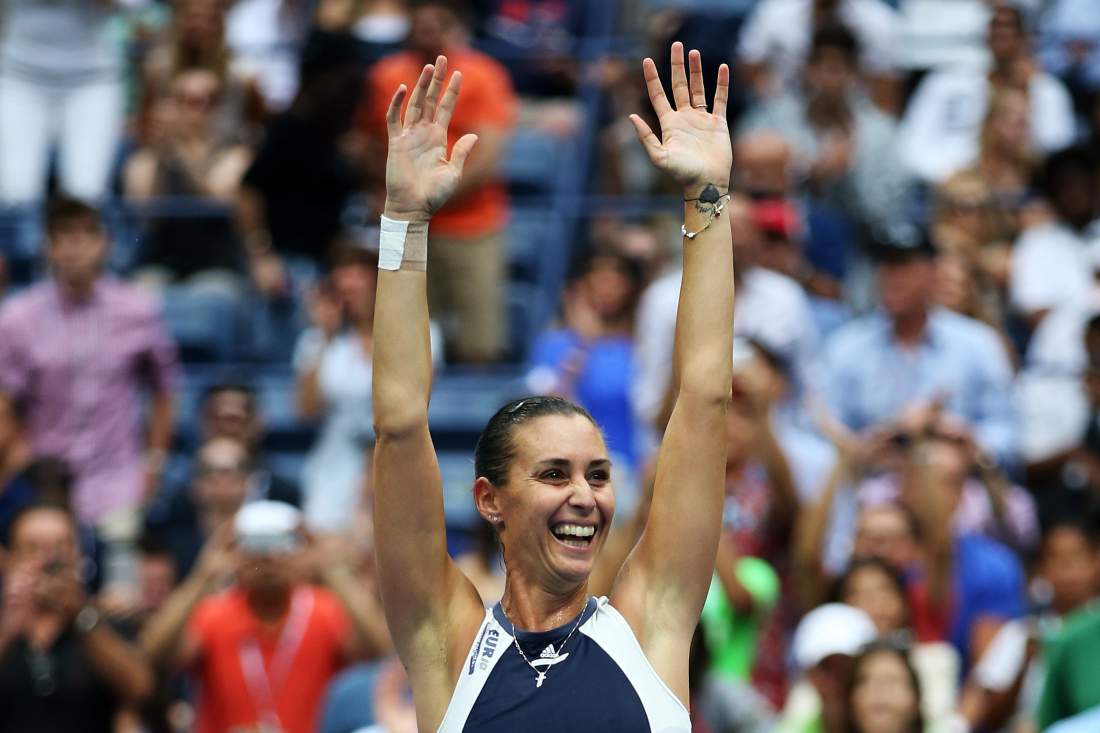 She later clarified that she will play the rest of the year, and will consider playing in the Olympics - but she will not attempt to defend US Open title next year. What a way to go out.

Pennetta said she had decided prior to the tournament that she would retire. She never could have imagined what that last US Open match would look like, that her Grand Slam career would end in front of her country’s prime minister and a slew of dignitaries, all flown in Friday night after she and Roberta Vinci pulled off a pair of shocking upsets against the No. 1 and No. 2 seeds. 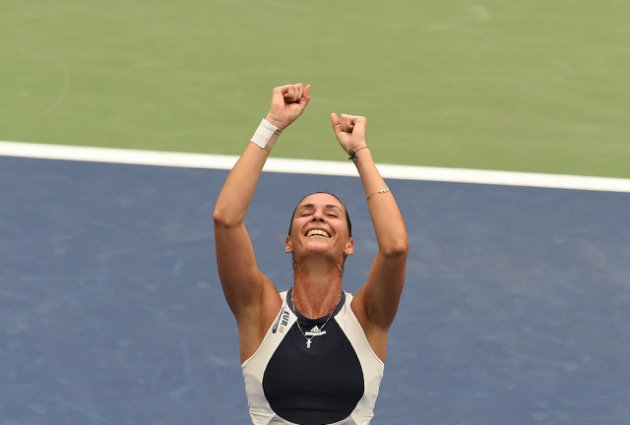 The pair of wins set up a championship meeting between two women who have been playing each other since they were children. Now in their 30s, they have at times been roommates and doubles partners, and have always been friends. Pennetta says they are like sisters. 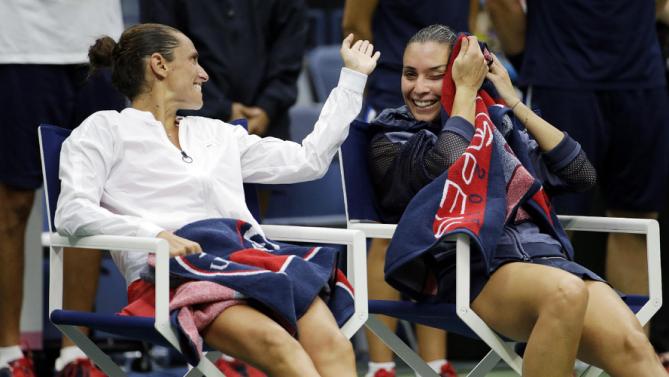 Vinci could do no wrong in her win over Williams. She maintained that spark in the first set against Pennetta. At 2-all, they went through six break points in the fifth game before Pennetta converted the seventh. 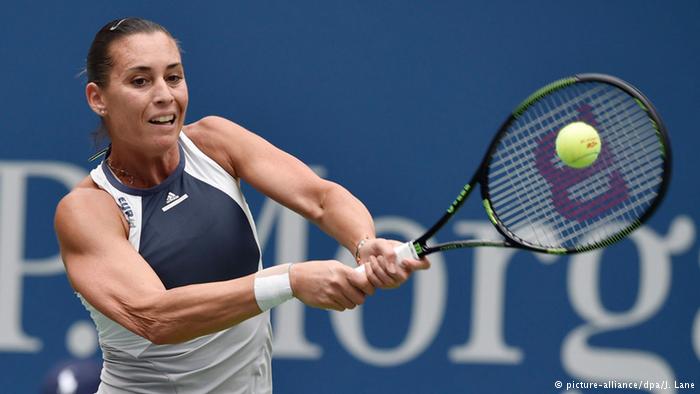 Vinci broke back at 3-4 to even the set. Staying on serve from there, they went to a tiebreak.

There, the spark that had been propelling Vinci for two days started to flame out. Pennetta took the tiebreak, 7-4. By the second set, the spark was completely gone. Pennetta earned two early breaks to go up 4-0, then 5-2. 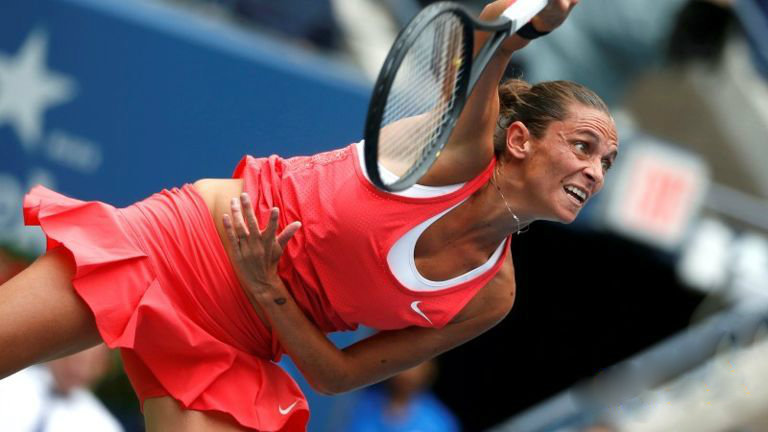 Serving to stay in the match, Vinci surrendered two quick points. Then, at 0-30, she lobbed a ball over the net, inviting Pennetta to crush it. The soon-to-be champion accepted, the look in her eye so fierce that Pennatta turned her back and ducked. Less than a minute later, it was over. 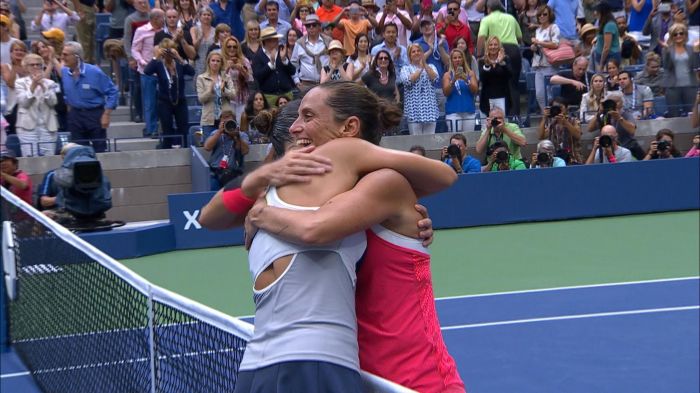 As they hugged at the net, Vinci looked genuinely happy for her friend. Pennetta chose that moment to tell her the news she'd soon share with the crowd.

"Winning or losing today, it was [not] going to change. The decision was already there," she added. "If I have to dream about how I want to finish, I want to stop playing, this is the perfect way."