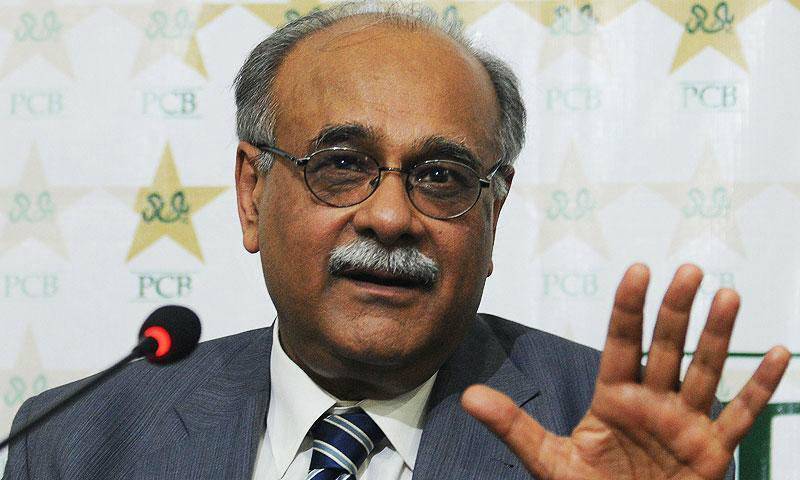 LAHORE: Pakistan Cricket Board chairman Najam Sethi has thanked the International Cricket Council for its support for the Independence Cup that has opened the doors for international cricket in the country.

In a joint press conference with ICC’s CEO David Richardson on Wednesday, the PCB chairman said that all-out support from the world cricket body greatly helped Pakistan hold such a tournament.

Mr Richardson, while conveying the satisfaction of ICC’s security teams with the arrangements in Pakistan, said if things continue like this then international events can soon be played in the country.

“I think the next step is to grow and improve the capability in cities outside Lahore and build the confidence in teams like Australia and England to visit Pakistan, in fact all the cricket teams,” he added.

Responding to a question, Richardson said it is a wrong perception that ICC favours India more than Pakistan.

"India is a very powerful cricketing country, so it has a very strong voice at the ICC. But the fact remains that we have 12 members, and India doesn't have any more voice than any other member."

Earlier in the day, Najam Sethi said the World XI will tour Pakistan every year for the next three years, as the country took a giant step towards reviving international cricket at home with a 20-run victory over the World XI in the first of three T20 matches before excited crowds at the Gaddafi Stadium, Lahore.

“The World XI series is now planned for every year for the three years. This is first of the three series and there will be two more in the next years,” he told The Guardian in Lahore, adding that many more teams could be touring Pakistan in the coming years if all goes well.

LAHORE - Pakistan on Tuesday defeated World XI by 20 runs in the first T20 match of the Independence Cup and took the ...

Skipper Faf du Plessis hit four boundaries and a six while Darren Sammy smashed three sixes — both scoring 29 — but were unable to see their team through.