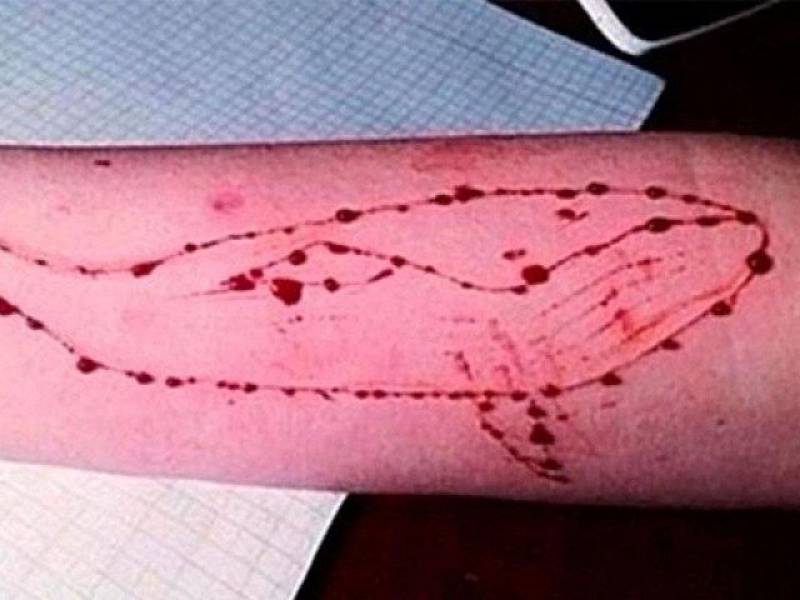 PESHAWAR: Incidents of people playing the notorious suicide game, 'The Blue Whale Challenge,' and becoming stuck in its dangerous maze of life-taking tasks have been reported in Khyber-Pakhtunkhwa.

Dr. Imran Khan, a psychiatrist at Peshawar's Khyber Teaching Hospital (KTH), in conversation with The Express Tribune outlined an account of two young men from Mardan between the ages of 19 and 21 who approached him for treatment after suffering from depression while trying to complete the 'Blue Whale Challenge.'

According to Khan, the young men had opted to play the game but as the 'challenge' progressed, the tasks became increasingly bizarre such as being asked to carve a whale into their arm. This prompted them to stop and seek medical help.

"They realized that the game will harm them, so they decided to see a doctor," said Dr. Khan.

"People start suffering from depression because game moderators warn the players that if they don’t complete the assigned tasks, their families would be harmed," Dr. Khan commented.

He also added that most people who become embroiled in the 'challenge' suffer from a history of mental illness.

He further went on to say that the patients he had met claimed that they were worried the moderators had access to their private cell phone data and were using it for illegal purposes.

A similar case of a 16-year-old girl, known to be tech-savvy and a regular computer user, claimed to have played the game almost through to the last task - killing herself - was also reported at KTH.

"She completed the tasks and at the end she was asked to kill herself or she would be killed," Dr. Azaz Jamal of KTH's psychiatric ward said.

According to IT expert Kashif Ali, suspicious links are shared in WhatsApp groups or other private social media groups which probe a user to "click on the link through their phone, and as they use their device to log in, their phone data gets hacked by the game administrator."

The so-called game is not openly available for download on the Google, Windows or Apple app stores.

Ali urged the authorities to ban the circulation of such links and group moderators to remove any sort of suspicious links shared in their groups.

The “Blue Whale Challenge” made headlines after a report claimed that at least 130 teenagers in Russia were instigated to take their own lives by an unknown group of vigilantes. The unknown strangers ask for photographic proof from the teenagers who have accepted the challenge for each task given to them. It is known that these tasks are carried out for 50 days and on the 50th day the masterminds ask the child to take their own life.

Previously, a 14-year-old student in India became the first Indian victim of the ‘Blue Whale dare’ when he jumped off the terrace of the Andheri building.