PM Imran vows not to disappoint besieged Kashmiris at UNGA 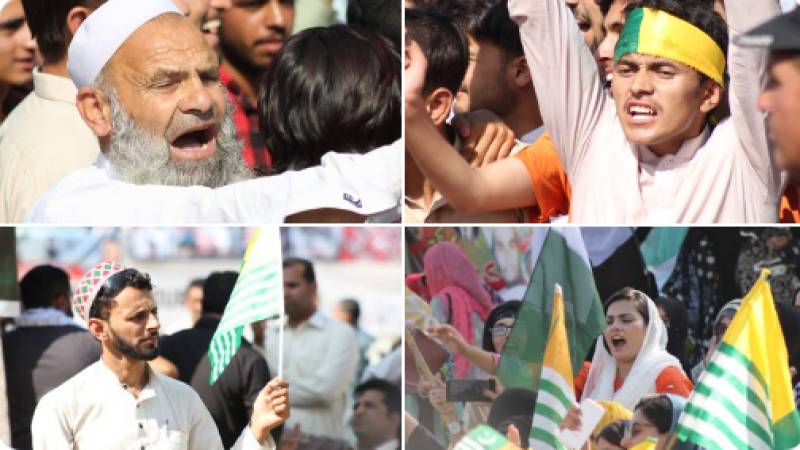 MUZAFFARABAD – Prime Minister Imran Khan on Friday said as an ‘Ambassador of Kashmir’, he would approach each and every international forum to highlight the ongoing humanitarian crisis in the Indian Occupied Kashmir (IOK) in the wake of continuous lockdown.

“Kashmir has become a human issue where men, women, elderly and even children are suffering every moment at the hands of Indian occupation forces,” he said while addressing a public gathering at Muzaffarbad's Khurshid Hassan Khurshid Stadium.

The aim of this gathering was to send a message to the world about the continuing siege of Occupied Kashmir by Indian forces. The gathering also showed Pakistan's resolve to stand with Kashmiris in this hour of trial.

Imran Khan said he wanted to give a clear message to Indian premier Narendra Modi that “only a coward person could oppress the people in this way”.

He said India would suffer immensely by pursuing the state agenda of Hindu fascism against Muslims and other minorities.

Dear people of India who maintain things are “normal” in Kashmir. This is what a normal day looks like. Please watch how peacefully people in AJK come out to protest against blackout & day-night curfew on the Indian side of LOC in IOK. #KashmirSolidarityJalsa https://t.co/6pYZgZFKdr pic.twitter.com/rvRmLdtJC8

Posters and banners inscribed with slogans in favour of besieged Kashmiri people were placed on walls and roads around the city. 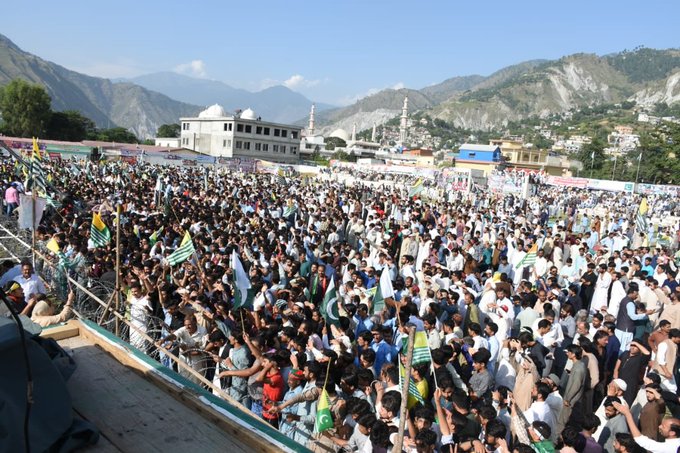 The solidarity rally is the part of diplomatic campaign to stir world conscience over the plight of Kashmiris suffering the history’s worst kind of state-terrorism and violence at the hands of Indian forces.